How TikTok Reads Your Mind

If you’re using TikTok on a daily basis, we’re sure at some point you wondered ‘How does TikTok read my mind?’

Well, TikTok doesn’t really ‘read your mind’, but rather has a really well-developed algorithm that can quite precisely determine what belongs on your ‘For You’ page, and what doesn’t.

A lot of speculations have been running around about how the TikTok algorithm works, and this is crucially important for those TikTok users that are filming videos regularly and are chasing the high of going viral.

See also: How to Fix: Why Does My TikTok Keep Resetting?

Since TikTok is a relatively new app, and its UI/UX is a bit different than what we were used to before with Instagram or Facebook, it was quite easy for all types of ‘experts’ to claim they know how TikTok really works.

Late last year, the New York Times published an article where details were released from a leaked internal company document from an employee, consisting of details about how TikTok’s algorithm was used to attract traffic to the app, and bring more engagement.

There are several reasons why the TikTok app feels so addictive to users, and how the numbers were rapidly increasing in such a short period of time.

Some of the crucial factors for one of the most successful video apps in the world is the endless stream of videos. According to user experience, people enter the never-ending stream, and since most TikTok videos are short, they don’t require a lot of attention. This is why TikTok users are able to scroll on the app for hours on end, without noticing how much time has passed.

Hence, it seems like TikTok’s developers have taken into consideration basic human psychology, as well as developed an algorithm that can predict the content you want to see on a daily basis, which resulted in ‘TikTok reading your mind’.

In the article below, we’ll get into more details about how TikTok really works, and what makes each FYP so specific. It’s called the ‘For You’ page for a reason, right?

Check out: How to Mass Unfollow on TikTok.

How does the TikTok algorithm work?

In a statement made by TikTok employees, a statistic has been released, where 49% of TikTok users - which is roughly around 490 million users - reportedly learn and discover new information on the app on a monthly basis.

Since so many businesses have switched to social media platforms as their primary means of marketing, it’s only logical for business owners to promote their businesses and use TikTok to bring growth to their products.

However, it’s still unclear to many users how the TikTok algorithm actually works, and how you can promote both yourself and your business on the platform.

According to TikTok, the platform offers a recommendation system of content you might enjoy seeing, based on your interactions.

TikTok’s algorithm will not be as detailed and precise for new users. However, since this is a ‘trial’ period, where all sorts of content will be showing up, TikTok gathers information on which content you interact with the most.

There are several TikTok features that adjust the content you see:

Based on content engagement and views, the TikTok algorithm will decide to how big of an audience TikTok videos will be shown.

What plays a crucial role in videos going ‘viral’ is:

Reportedly, the articles from the company documents that offered new details about how TikTok really works, which were published in both The New York Times, as well as the Wall Street Journal, only show the public that the TikTok algorithm doesn’t need any type of AI, nor can be related to almost any of the conspiracy theories.

How the algorithm works, it only has a well-established math equation that seems to be working perfectly, since it tailors a custom FYP for each user, especially if they're on the platform for a while, and like to engage with content.

As we mentioned, TikTok mainly categorizes all content that is available on the platform. This helps the algorithm know what type of content is suitable for individual users.

The categorization on TikTok happens from: 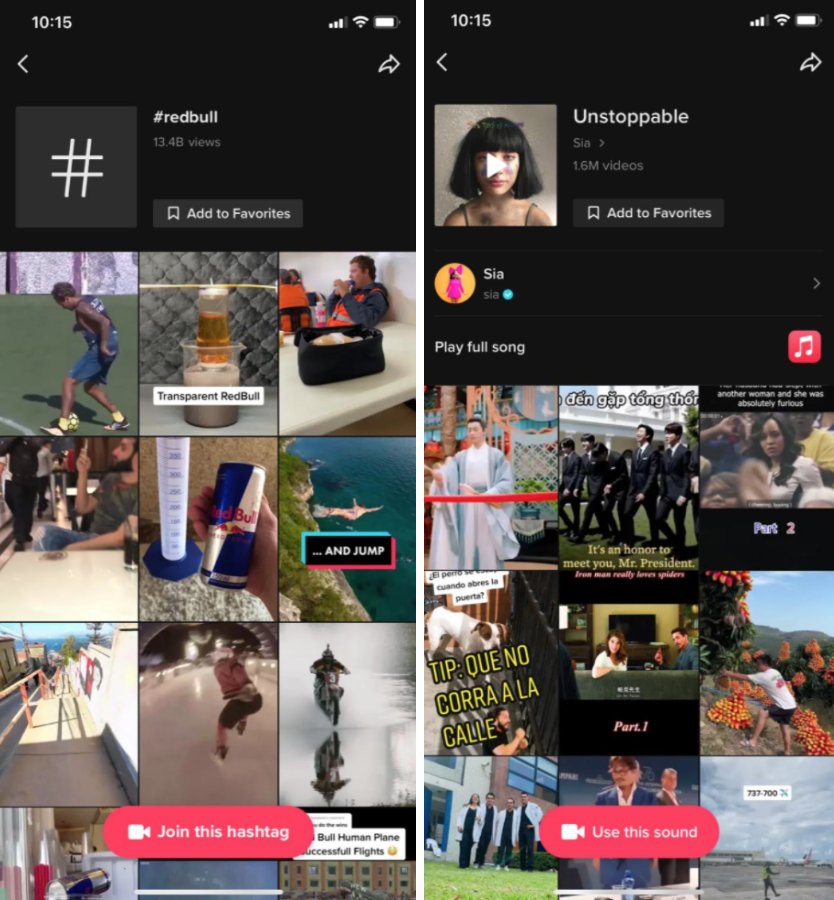 A fair share of TikTok videos are made in English, and even TikTok users from non-English speaking areas tend to film in English. The TikTok algorithm still pays attention to your location and the language that is spoken in your area.

These factors are found based on: 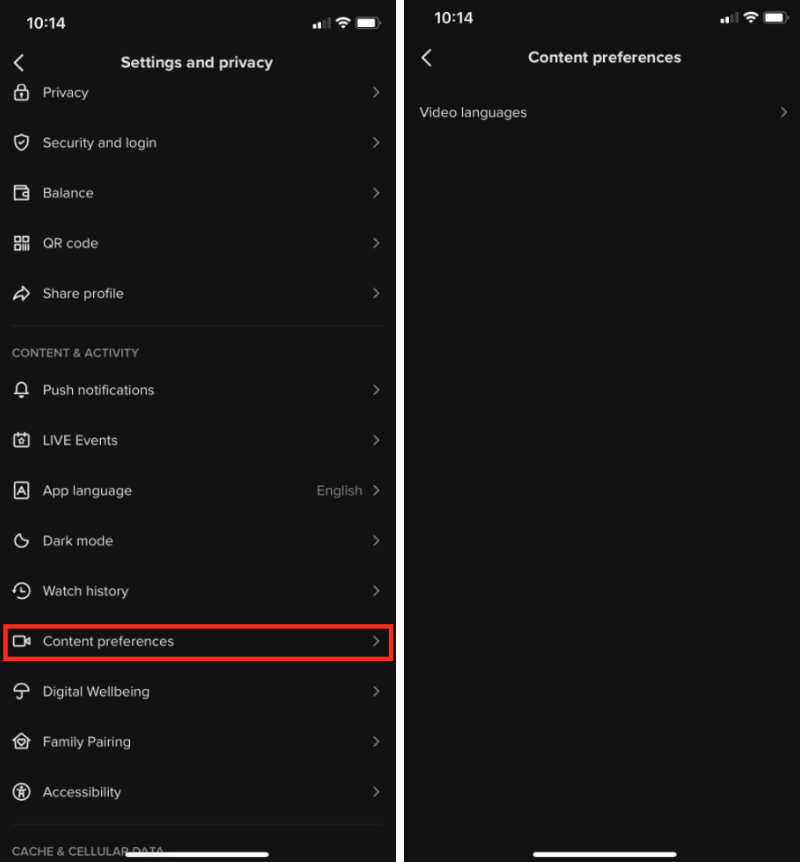 It happens almost daily for an audio/song to start trending on TikTok. The short-video app is good at ‘reading users’ minds’ due to the fact that most of the time, it’s easy to assume a video will go viral, based on the audio that is currently trending.

Using trending audios is a good way to try and get some viral videos, even though it’s not so easy since the audience is enormous.

This gives TikTok massive insight into what you like, and what you don’t like. TikTok tests once in a while a new type of content, to check whether you’re an appropriate target audience.

However, it might happen for TikTok to show tornado videos, per se, and if you’re terrified of storms, you’ll surely use the ‘Not Interested’ feature, in order to make your experience more enjoyable.

The following activities are determining:

What isn’t important for the TikTok algorithm?

There’s been a lot of speculation about TikTok’s ‘machine learning’ algorithm, however contrary to popular belief, these factors do not influence your account growth:

It’s quite common for accounts that have a big number of followers to go viral more often. However, this does not guarantee every single video will go viral.

The TikTok algorithm does not promote any videos. The reason why accounts that have a lot of followers have more likes and more viral videos is exactly because of this - the thousands or millions of followers.

Hence, no need to get discouraged; you have equal chances of going viral as any other TikTok user.

How to “hack” the TikTok algorithm

There are several tips & tricks that can help you to bring more traffic to your page, regardless if you’re trying to expand your business, or simply prefer filming funny TikToks.

According to TikTok, the first three seconds of each short video posted on the platform are crucial. You need to create a ‘hook’, that will keep more users until the end of the video, and even rewatch it and share it.

TikTok accounts that stick to a certain niche - cars, coffee tasting, make-up, tend to gain more followers more quickly, since these types of videos are always categorized, and are put on the FYP of the appropriate audience.

As mentioned above, trending audios tend to help users to go viral often. Additionally, a lot of users click on the trending sounds to search for similar content. Bear in mind, that this is how TikTok will notice you like the content, which means you might see more videos containing the trending audio.

Similar to the trending audios, there are new effects and filters that are being added on a daily basis on TikTok. It often happens for some effect to become a trend - such as those TikToks that include ‘storytelling’, which is why this helps users to gain more views and likes when an effect starts trending.

The hashtags on TikTok are considered keywords, which help users to get to the ‘side of TikTok’ they want to see. If you’re a car enthusiast, you will look for content under the #car hashtag, or the exact model of a car such as #bmw. This will cause TikTok to show you these types of videos.

Engaging with the content of creators you like will help the TikTok algorithm to bring you more similar content, and customize your FYP. You will surely notice how your FYP gets more and more personal on a weekly basis. However, make sure to like, comment, and share videos you like, in order to help the algorithm to develop a customized FYP.

After several elaborate pieces of research done by some of the biggest newspapers, we can surely say TikTok doesn’t read minds. It simply has a well-developed algorithm created by an engineering team in Beijing.

Hence, what are the most important actions, and how can you customize your FYP even more?

According to TikTok, the more time you spend watching a single video, the more information the algorithm gets about you liking that type of content. Let’s say you’ve found a video you like, rewatched it a couple of times, and opened the comments section while the video keeps playing in the background.

This gives TikTok information that you really liked the video, based on the time spent watching it, which means you’ll probably see a lot more similar videos from that moment on.

If you like, comment, or share the TikTok you saw with TikTok friends, the algorithm will get a second ‘thumbs-up’ that you like the video. This only helps TikTok to determine which type of content you engage with the most, which will customize your FYP additionally.

TikTok is surely leaving a mark on how social media platforms are developing. After TikTok launched, and its numbers skyrocketed within a few years, the biggest platforms - Instagram and Facebook, introduced ‘Reels’, which are helping them to keep up with TikTok’s gravity.

Regarding the TikTok capability to ‘read its users’ minds’, you can rest assured that this has nothing to do with any type of malicious AI, as people liked to speculate, but rather a code that has had a lot of work done.

However, this shouldn’t get you discouraged if you’re trying to become TikTok famous. Consider this as motivation to film virality-worthy videos, since you have about the same chances as anyone else on the platform. 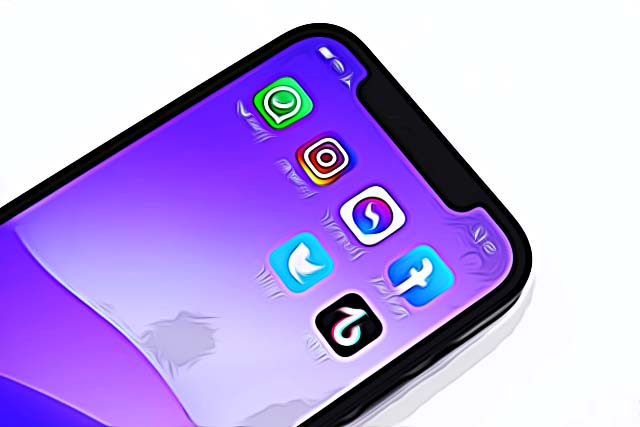