How to Make a Private Story on Snapchat

Snapchat became a hit as soon as the app started existing, but the number of downloads significantly increased back in 2013, when Snapchat rolled out the ‘Stories’ feature, which today is available on all social media platforms.

Snapchat was the first platform to create such a feature, and they kept updating and updating the feature - adding GIFs, stickers, fonts, filters. Then, the Private Stories feature rolled out, and users were amazed.

However, other platforms, let’s take Instagram as an example, were quick to follow with the creation of such a feature (Zuckerberg even made an offer to buy Snapchat, several times), since the Snapchat downloads numbers skyrocketed after the Stories concept was introduced to the media.

Additionally, over the course of time, Snapchat kept evolving and adding more and more changes to the feature, thus making it a bit confusing for some people to find and know how to use the Private Stories feature.

This is where we come in, because we created a step-by-step tutorial, to help you find your Private Stories feature, and to help you share portions of your everyday life with your closest friends.

How do I create a Private Story? (or Custom Story)

Custom Stories (or Private) is a feature by Snapchat, allowing users to post photos/videos for 24 hours, with a selection of users who will be able to see it, instead of their whole friends list.

Creating Private Stories is not a complicated process at all, and we will guide you through the steps. 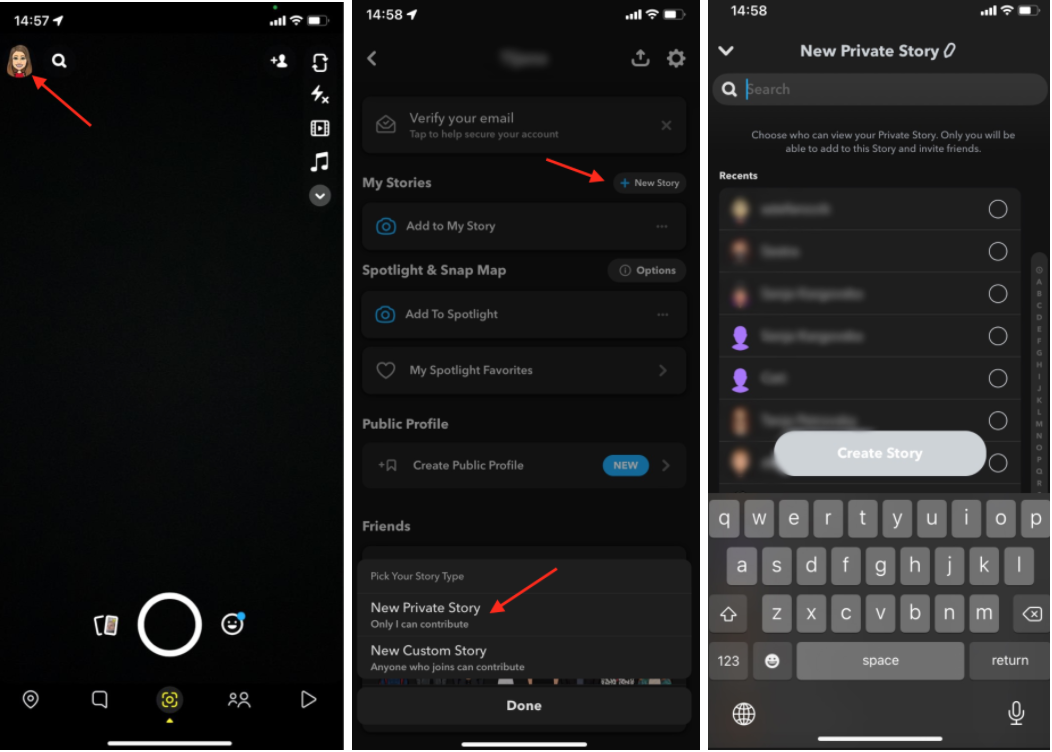 After finishing this process, you will be brought back to the home screen from Screenshot 2. Here, you will see the regular ‘My Story’ feature, and right below it, you’ll see your Private Story feature with the name you’ve chosen to give it.

To start posting Private Stories, click on the feature, and your Snapchat camera will launch. You can take photos, and when you decide to post them, they will be added to your Private Story.

✔️ Check out how to leave a private story on Snapchat.

What’s the difference between a Custom and a Private Story?

We understand the confusion, but the explanation is actually quite simple.

When you create a Private Story, right below there is a brief explanation ‘Only I can contribute’.

This means that you’re the sole user who will be able to add photos/videos to this story, and only the people you choose will see the story. The Private Stories expire within 24 hours, the same as regular ‘My Story’ posts.

However, when you create a Custom Story, the explanation below the feature states 'Anyone who joins can contribute’.

This means that the users who will be added by you to the Custom Story will also be able to add photos/videos to the story. The Custom Stories expire within 24 hours as well, the same as Private and regular Stories.

Bonus: With Snapchat+ you can see how many times someone has seen your Story.

Since most of your closest friends are your Snapchat friends as well, it’s only logical for you to be a part of their Private or Custom Stories.

The only action you’re allowed to take on someone else’s story is adding a photo/video to their Custom Story.

Bonus: Explore also how to hide your Snap Score from people on Snapchat. 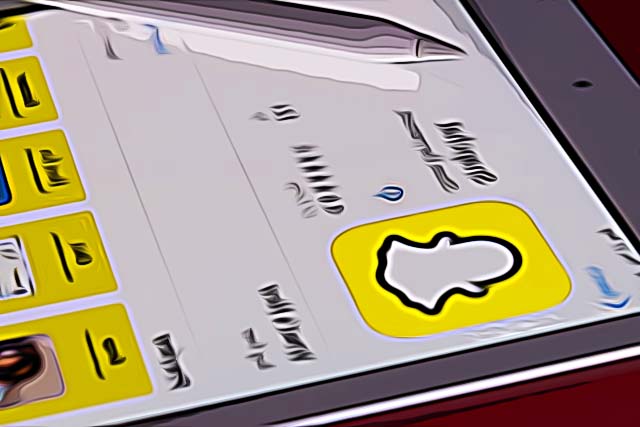