The Apple Watch is among the newer additions to the Apple products list, and it seems to be a big hit among users.

Nowadays, watches do much more than just tell the time, and the Apple Watch is no exception.

Apple’s smartwatch has many features, and since it’s a piece of technology, it might happen for some glitches in its software to appear.

Reportedly, one of the more common glitches with the watchOS is the gadget just flashing the Apple logo, and the watch being frozen.

If you’re having trouble with this bug, you’re in the right spot. In this article, we’ll give you several resolving methods.

How do I fix my Apple Watch flashing the Apple logo?

There are several possible reasons that might have caused your smartwatch to get stuck on the Apple logo. Hence, we will list the several most common methods to fix it.

If your Apple Watch is stuck on the Apple logo, the first thing you should do is perform a force restart.

This will help to resolve all minor software glitches.

If this doesn’t help, move on to the next methods.

If your smartwatch is connected to ‘Find my iPhone’, you should try to play sound with this feature if your Apple Watch is blinking the Apple logo and won’t turn on.

If the other methods didn’t help fix the smartwatch, you should check for a software update.

After the update has been downloaded and installed, the Apple logo should get removed from the screen.

Note: Make sure you have a stable Wi-Fi connection before initiating the process.

Apple’s smartwatch has a feature named ‘Screen Curtain’, which according to user reports, might help get rid of the issue you’re having with the Apple logo being stuck.

Method 5: Erasing all content and Settings, or contacting Apple Support

If you’re not too keen on resetting your device to factory settings, consider contacting Apple Support with a detailed description of your issue, or bringing your device to an Apple Store, in order to fix it, and check whether there are any hardware problems.

Even though it might feel frustrating to have your smartwatch frozen on the Apple logo, there are things that can help get rid of the bug.

If you liked this article, check out our other articles about Apple Watch: How to Get Snapchat on Apple Watch, How to Ping Apple Watch (2022). 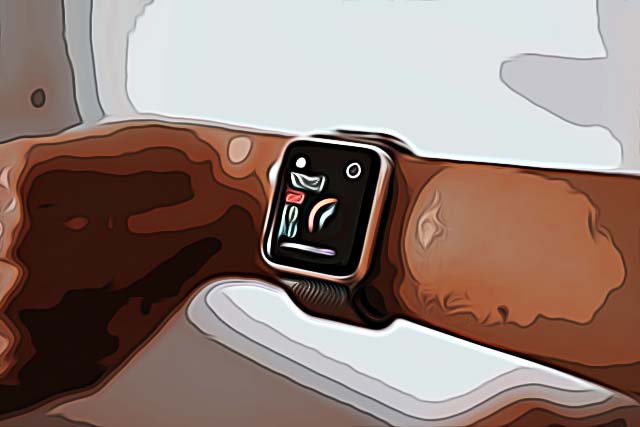