How to Fix: Apple Watch Alarm Not Working

The Apple Watch is probably one of the most convenient gadgets you can own. The latest release is the Series 7, followed by the watchOS 8 update.

Some of the newest additions to the watchOS with the latest software update are ID card and keys in your Apple Wallet, new workout modes, sleep updates, iMessages updates, and focus mode.

However, complaints were placed by users who updated to the watchOS 8, about the Apple Watch alarm not working.

Reportedly, the alarm on the Apple Watch doesn’t sound on time, or users that opt for the vibrating silent alarm can’t seem to wake up due to extremely weak vibrations.

Since the alarm is crucial to any smart device, and it makes or breaks your entire day, this issue can be truly frustrating.

Luckily, there are several things you can try to get your Apple Watch alarm to function properly.

Also read: How to Get Apple Watch to Vibrate Only.

Why is my Apple Watch alarm not working?

A lot of rumor has started spreading about why this issue is so common among Apple Watch users. According to the Apple users community, most of the users affected by this issue claim that the problem is due to a change with the alarm in watchOS 8.

However, Apple hasn’t made any official statements on this topic, so we can’t tell for sure whether this is the issue.

Bonus: Fix: Why Does Apple Watch Keep Pausing During Workout.

How do I fix my Apple Watch alarm not working?

According to several user reports that were experiencing the same issue, restarting the Apple Watch helped get the device back to normal. Rebooting the device helps clear out any minor technical glitches.

According to the multiple user reports, the alarm either doesn’t sound at all, the haptic strength is extremely low, and the watch only lights up when put in ‘Nightstand Mode’, but doesn’t make any sounds.

Hence, turning the haptic alert, and the sound all the way up might solve the problem.

If the rumors are true, and the issue truly lies in the watchOS 8 release, consider downloading any new update that might have been released by Apple. The smaller updates usually contain bug fixes, and since many users have reported the issue, it’s highly possible for Apple to have released a fix for this problem.

The methods listed above are the most commonly used ones by people who had the same issue.

If your alarm is not working on Apple Watch, consider contacting Apple Support.

Check out How to Change Keyboard to Scribble on Apple Watch 7 and How to Fix: Apple Watch Just Flashing Apple Logo. 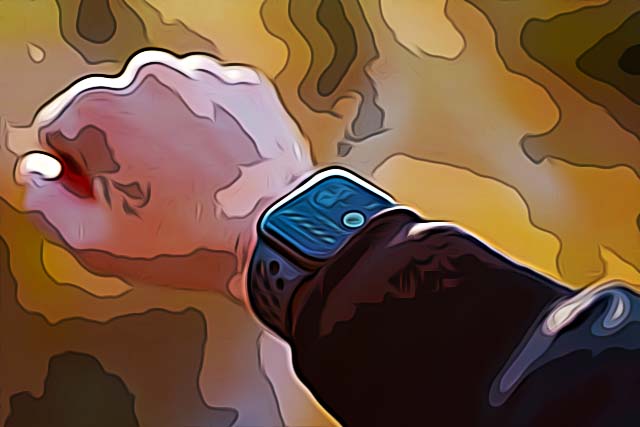