How to Fix: iPhone Alarm Not Going Off

We’ve all experienced our alarms not going off at some point, and it’s always at the worst possible timings, right before important meetings, exams, or calls.

These unfortunate issues need to be resolved, especially if you’re a sound sleeper.

iOS alarms are a bit different than the Android alarms, especially if the ‘Snooze’ option is taken into consideration.

Unfortunately, over the course of the years, a fair number of Apple users have been placing complaints about this particular issue - setting an alarm for the next morning, but the alarm either not going off, or being silent.

Even though this issue has been recurring for Apple users for years now, they don’t seem to be solving the bug.

Luckily, there are ways for you to fix this problem yourself, and avoid being late for work again this week.

Additionally, this exact same issue appears to be happening for Apple Watch users as well, therefore we will give you a few extra tips on how to fix the issue on your Apple Watch as well!

How do I fix my alarm not working? 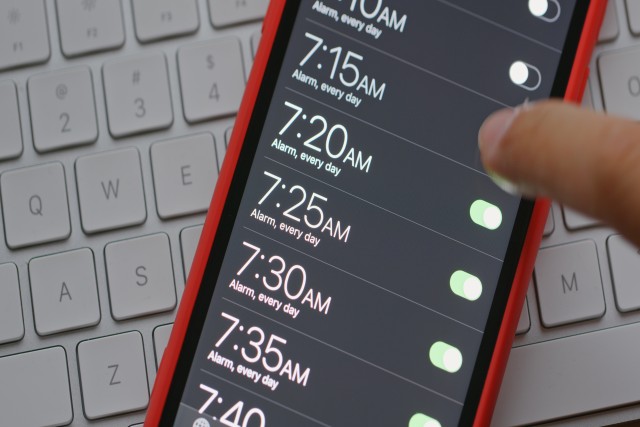 There are several possible reasons that are causing your iPhone’s alarm clock to not go off, and we will list them below, along with an explanation on how to fix it.

1. The ringer volume being down

As simple as it may sound, this might be causing you to not have an alarm sound.

Since the volume up/down buttons control different things, depending on what you have opened at the moment, it might have caused you to turn down the alarm volume at some point.

To double-check if you accidentally turned the volume down, follow these steps:

Note: If you want to make sure this has fixed the issue, open the ‘Clock’ app, and open ‘Alarms’. Open the ‘Ringtones’ section of the alarms, and if there’s sound coming out once you click on either of the ringtones, it means the issue has been resolved.

Any piece of technology needs a restart once in a while. This makes the gadget reboot everything, which helps in case of minor bugs and glitches such as this one.

To restart your iPhone, press and hold the side button, and either the volume up/down button at the same time. Wait until the ‘Power Off’ screen shows up. Wait a couple of minutes before turning your phone back on.

It might sound funny, but not all iOS alarms are loud enough, especially if you belong to the group of sound sleepers. Try changing the ringtone, since it might actually be ringing, but you can’t hear it. Some of Apple’s loudest (and obnoxious) ringtones are ‘Alarm’, ‘Car Horn’, ‘Old Phone’, ‘Radar', ‘Presto’. Open the ‘Clock’ app to choose which one is most suitable for you.

Clock > Alarm > Edit, and scroll through all available sounds to choose your new alarm.

Since most of us are waking up at the same time during the weekdays, we tend to set a single alarm, and use the ‘Repeat’ option.

However, when setting the alarm up, you might have entered the wrong days about when your alarm is supposed to go off.

Open the ‘Clock’ app, and open the alarm you set up. Click the ‘Edit’ button in the upper-left corner, and double-check which days are selected for the alarm.

5. Deleting the alarm and setting it up again

Since you can’t know for sure what is causing the issue, it might be best if you delete the alarm, and set it up all over again. This will reset your settings, and it’s entirely possible to fix the problem you’re experiencing.

Open the ‘Clock’ app, and click on the ‘Edit’ button in the upper-left corner. Click the red ‘-’ button next to the alarm you want to delete, and then set it up all over again.

If you’re currently using another third-party app for an alarm clock, this might be causing your issues. The issue might happen if both apps - the iPhone’s default alarm, and the third-party app have an alarm set at the same time.

Make sure to either stop using the third-party app, or completely turn off the alarm from your iPhone, and use a single app to set up an alarm.

If you leave your phone connected to Bluetooth, your AirPods could get automatically connected, and this may be causing your alarm to not make sounds, since the sound will be going to the AirPods.

Apple Watch alarm not going off

For those users experiencing issues with their Apple Watch alarms, the best fix is deleting the alarms and setting them up again. Plenty of users have reported that for some reason, after giving Siri instructions on setting up alarms, bugs are occurring. However, setting the alarm all over again after deleting it, seems to have resolved the problem for a lot of users. 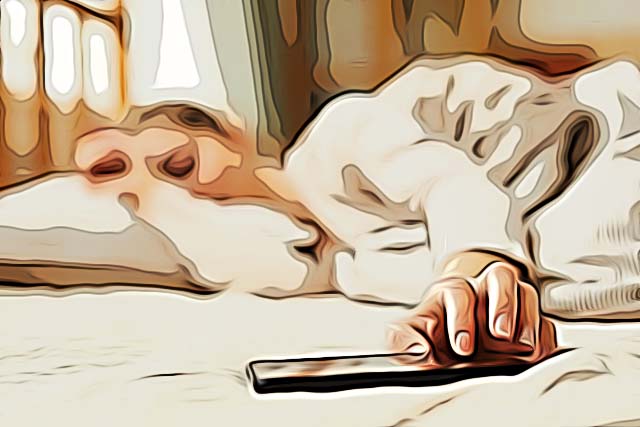