How to Enable Siri While Driving

Having access to your phone while driving can surely get distracting really quickly. We are all triggered easily once our phones start buzzing with notifications while driving, and you might want to check what’s happening.

Most often, it’s just a friend sending several TikToks, or sending memes on social media. However, enabling Siri while driving is the optimal solution to keeping your eyes on the road.

Besides using Siri’s services on your iPhone, you can also connect your iPhone and your car via Bluetooth, and you can communicate with Siri using your steering wheel controls.

Additionally, since iOS 15 and above rolled out, Apple introduced all iPhone users to Focus Mode - where you have several default modes to choose from, Driving Mode included.

In the steps below, we’ll show you how to connect to your car while still driving safely.

Check out: Why Is Siri Not Working on Your iPhone?

How do I enable Siri while driving?

The two best options are connecting Siri via Bluetooth to your car or simply activating Siri’s services while the iPhone is locked.

Allowing Siri while iPhone is locked

Allowing Siri to interact while your iPhone is locked is the best and most convenient option.

Note: A big number of users decide to turn this feature off since Siri might interact mistakenly when you’re not talking to her.

You might prefer activating this feature while driving, and turning it off once you finish. In addition, as we mentioned, connecting your iPhone to your car via Bluetooth means you’ll be able to access Siri using your steering wheel commands. You can try it out by pressing the voice button, waiting for Siri’s response, and asking her for directions using Apple Maps.

Also, you can give Siri hands-free commands to make phone calls, answer text messages, or even play songs from your Spotify playlist. Just say ‘Hey Siri, play ___ from Spotify’, and wait for a couple of seconds.

How to activate Driving Focus

You probably remember the iOS ‘Do Not Disturb’ feature, which users loved. With the release of iOS 15, Apple introduced its users to ‘Focus Modes’, where the DND feature got extended to several different default modes, and many to be custom made. 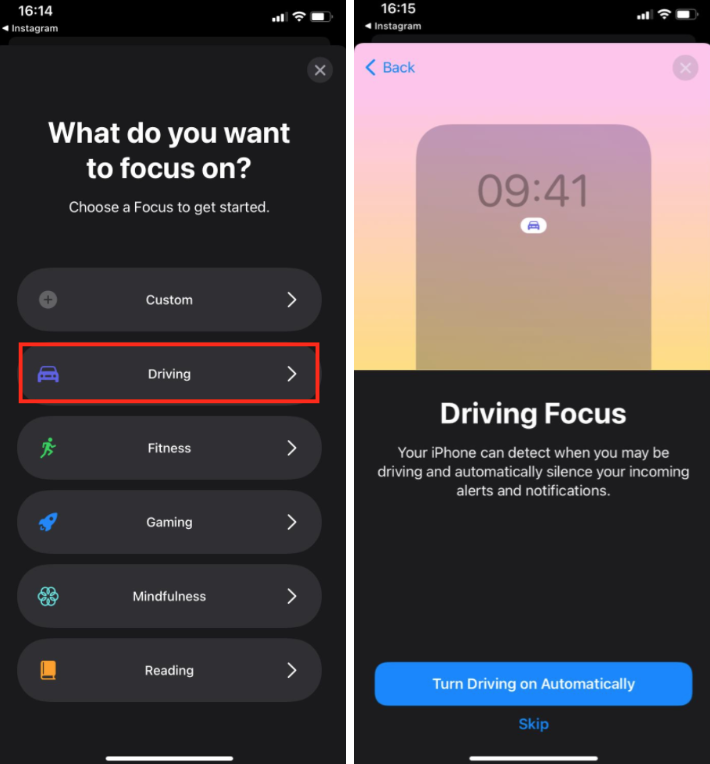 Note: You can also activate Driving Mode from the Control Center. Swipe down from the upper-right corner of the screen, and touch and hold the ‘Focus’ button. Tap ‘Driving’ to turn it on.

Bear in mind that the focus mode is only available for iOS 15 and above, so make sure to download and install the iOS update if necessary.

Also, you can set your iPhone to automatically activate the Driving Mode when your iPhone gets connected to your Car Bluetooth, or Activate with CarPlay.

Note: If you select the ‘Automatically’ option, Driving Mode might get activated accidentally even when you’re not driving, but you’re a passenger in a car. 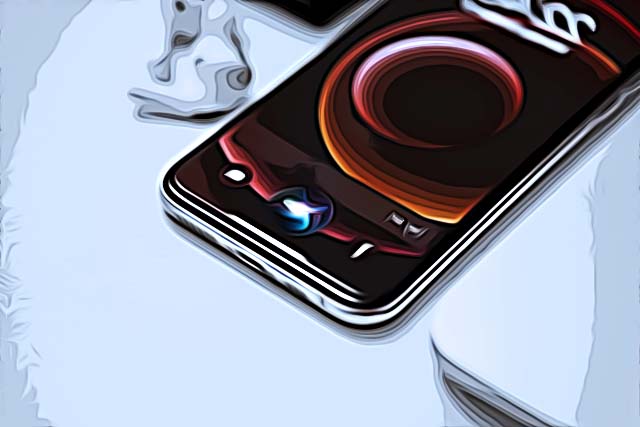