8 Ways to Fix: Why Does My Apple Music Keep Pausing

The Apple native music player - Apple Music, has been the #1 choice of many iOS users for years now.

The platform is fighting for the first place as the best music app, right next to Spotify, and the Apple Music app is surely doing well.

Like all other apps, Apple Music can at times get laggy and show signs of issues, but most of them are easily fixable.

If you’re left wondering ‘Why does my Apple Music keep pausing’, you’re not the only one. Many iOS users have had this exact same issue, and there are several different fixes that can help you get back to listening to your favorite tunes and albums.

Keep reading below for the best 9 fixes to the Apple Music app constantly pausing issue!

Check out: How to Find Your Apple Music End of the Year Stats. 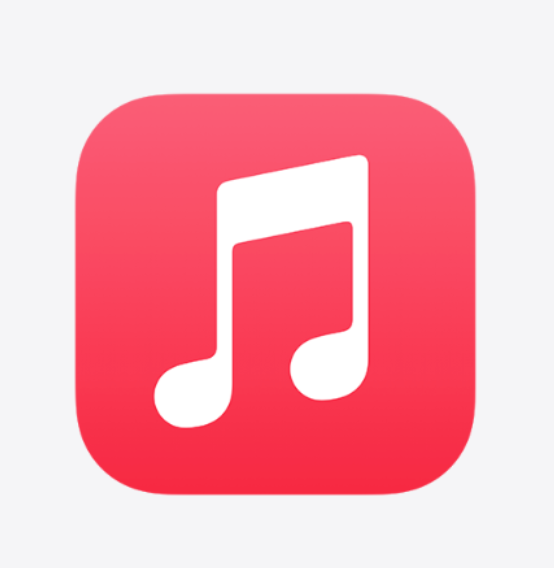 We understand the frustration behind having a dysfunctional music app, so check out all possible fixes listed below.

Before doing anything else, make sure you restart your device. A lot of iPhone users reported fixing the random pauses issue by performing a simple restart.

This can help get rid of any minor glitches and bugs, and you can get back to using the app with no issues.

Press and hold both the side button, and either of the volume buttons at the same time until the ‘Power Off’ slider shows up. Slide it to the right, wait a couple of minutes, and turn your phone back on again.

To make sure you’re not fixing something that’s not really broken, double-check on Apple’s system status page whether Apple Music is down.

If it is, there’s not much you can do about it until Apple fixes this problem.

Apple has its own page where you can check the server status for any of its services.

iOS devices have a mobile data saving mode, which limits the data usage for any app that needs an Internet connection.

Due to this, the Apple Music app might be unable to draw enough internet for your played song to work properly.

To turn this feature off, open ‘Settings’, tap on ‘Cellular’, and open ‘Cellular Data Options’. On this page, toggle the button to disable ‘Low Data Mode’. 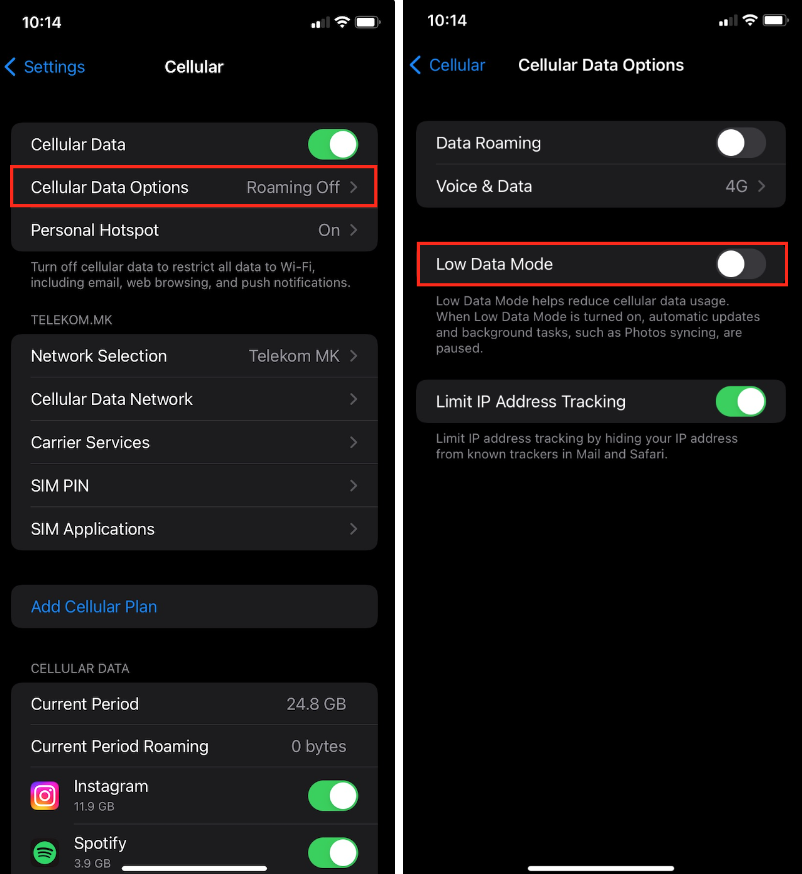 Having ‘Low Power Mode’ activated can cause similar issues as ‘Low Data Mode’. Having this feature enabled can cause Apple Music to misbehave. Hence, make sure to turn it off to make sure this is not the root of the problem.

Open ‘Settings’ on your iPhone, and tap on ‘Battery’. Toggle the button next to ‘Low Power Mode’ to turn the feature off. You can do this from the Control Center by swiping down from the upper-right corner.

If you keep experiencing issues of this sort, consider downloading the tracks you usually listen to. After doing so, you’ll be able to listen to music even without having an Internet connection of any sort.

Tap the three-dot icon of the song, and tap on ‘Download’.

Uninstalling and reinstalling the Apple Music app might resolve the problem. If there’s a bug or glitch, it will be removed once the app is deleted and installed once again.

Open ‘Settings’, and tap on ‘Bluetooth’. Tap on the ‘i’ icon next to your AirPods, and toggle the button next to ‘Automatic Ear Detection’.

Updating your iPhone might help solve issues with any app, not just Apple Music.

Being unable to properly use any app can surely get frustrating, so using these fixing methods should let you get back to using Apple Music flawlessly.

If you liked this article, check out How to Fix: Apple Music Error 42812. 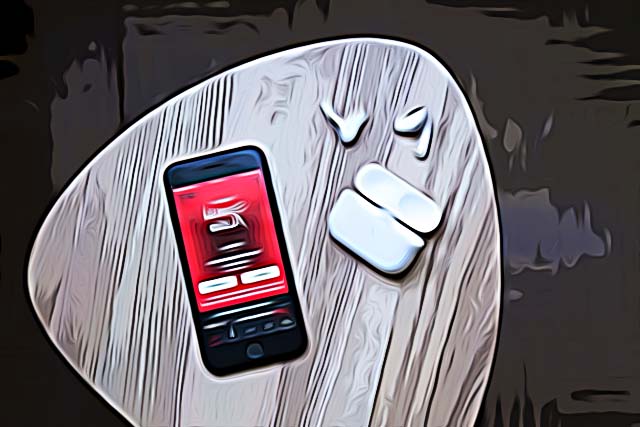