What Is a Secret Admirer on Tinder?

The ‘Secret Admirer’ feature on Tinder is a card allowing users to choose between four people who’ve already liked them. It works so that you need to select a card with a blurred picture on it and decide if you like them to match with them.

Everyone is buzzing about how Tinder has become much more fun since they released the ‘Secret Admirer’ feature. Now, I must tell you that after so many years of using dating apps, especially Tinder, it never fails to surprise us with new features, so this one has to be worth the try too.

Even though I use Tinder, I have never seen this option before, which tells me I need to investigate the subject matter deeper.

Stay with me till the end of this article as I reveal what I’ve discovered in my research - this article will inform you about all important aspects of the secret admirer feature on Tinder.

What is a secret admirer on Tinder?

Also discover:What does the green heart mean on Tinder?

How does Tinder’s secret admirer work? 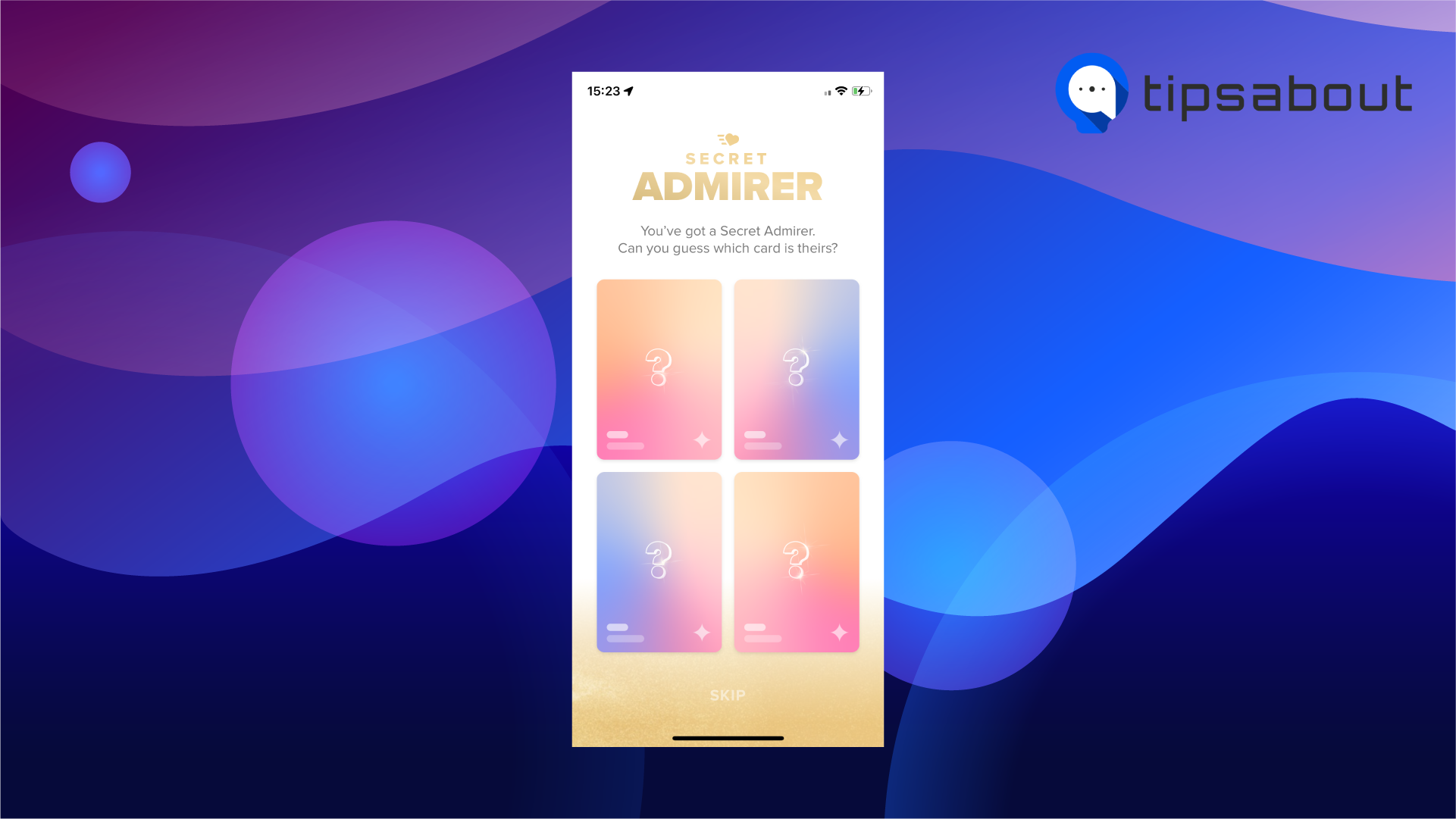 Quick Note: For those using a free Tinder account, they will get the secret admirer card, but if you pay for Tinder Gold, then it lets you see who likes you.

How often do I get a secret admirer on Tinder?

If you have a free account on Tinder, you will get the secret admirer card at least once.

The number of secret admirer cards you’ll get depends on how active you are on the platform. So, if you are using it frequently, you might get it once a day, or once every 2 days. 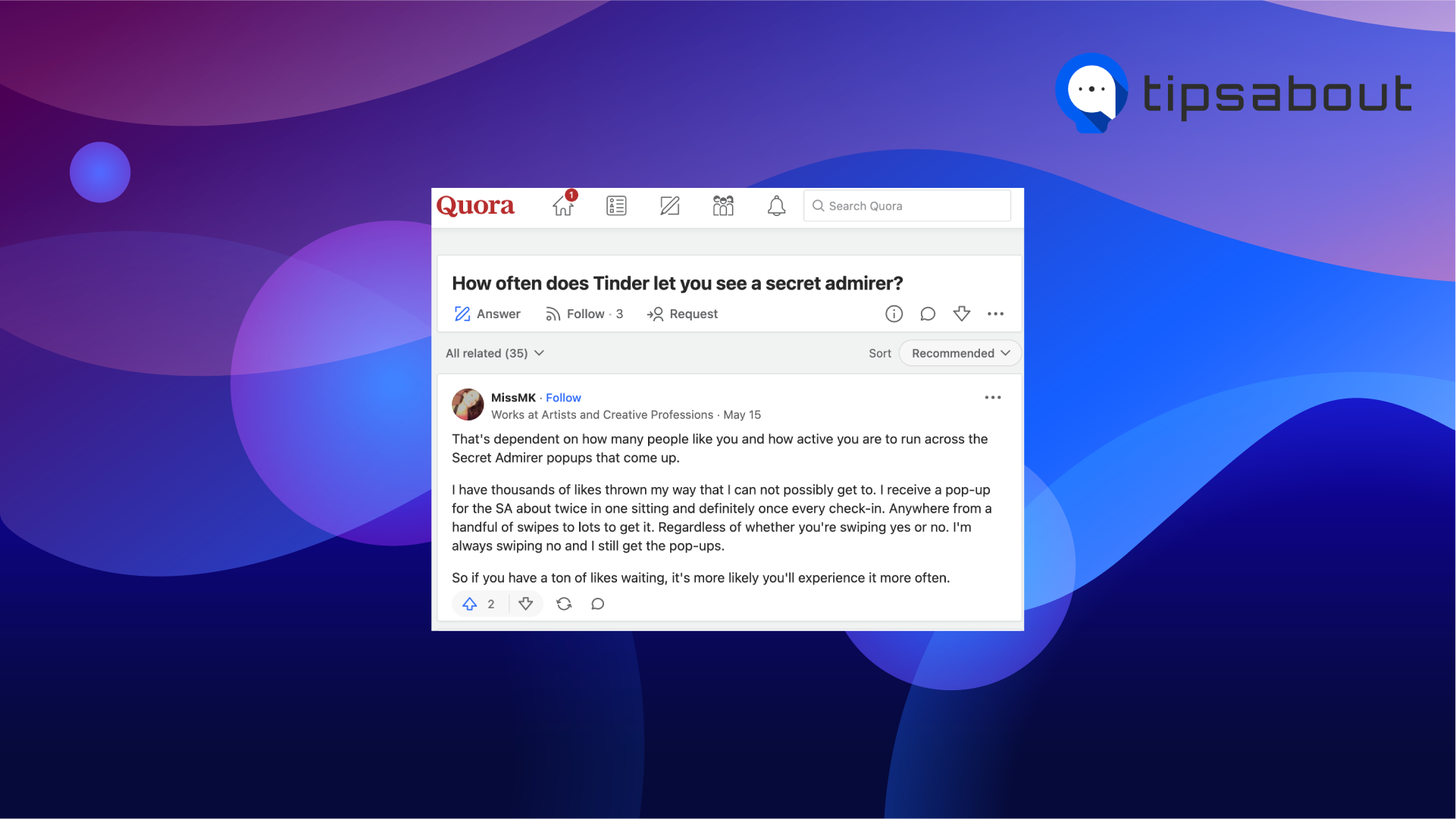 Is Tinder admirer a free option?

As mentioned above, if you are using a free Tinder account, you will get the chance to experience the secret admirer card. However, if you choose wrong or if you don’t like your admirer, you have to buy a Tinder Gold subscription to reveal the other secret admirers. 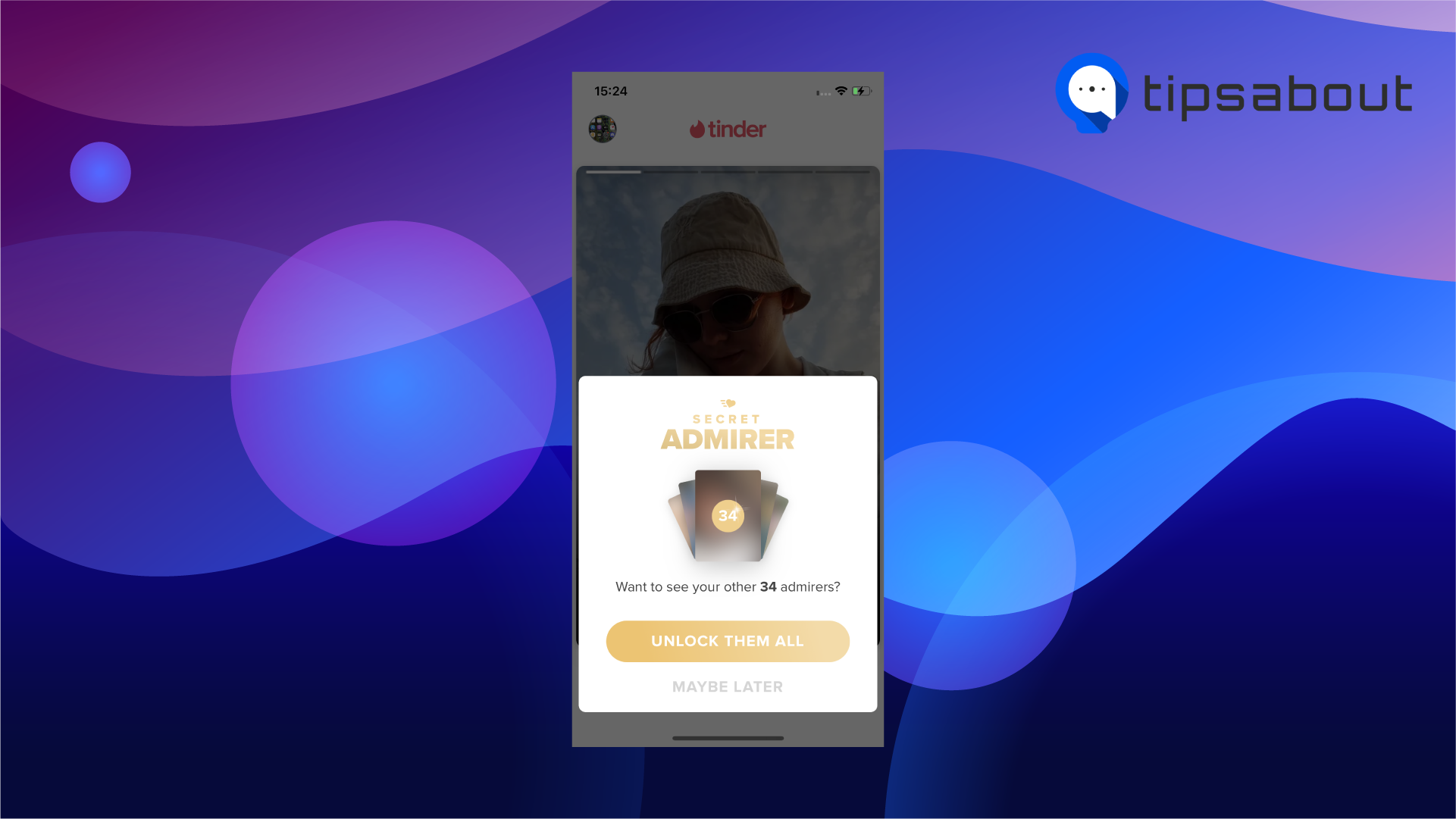 It seems that for the majority of users, the secret admirer feature on Tinder is not that effective in matching with the right person. However, others enjoy it because it’s fun and there is always the hope to get that right match, isn’t it?

Also, some users reported that they got the same person a few times in a row after choosing a secret admirer card, even though they had previously swiped left on them.

In addition, although Tinder claims you have 4 secret admirer cards to choose from, some users were promoted with the message ‘Better luck next time. Do you want to unlock Tinder Gold?’, indicating that they made the wrong choice. 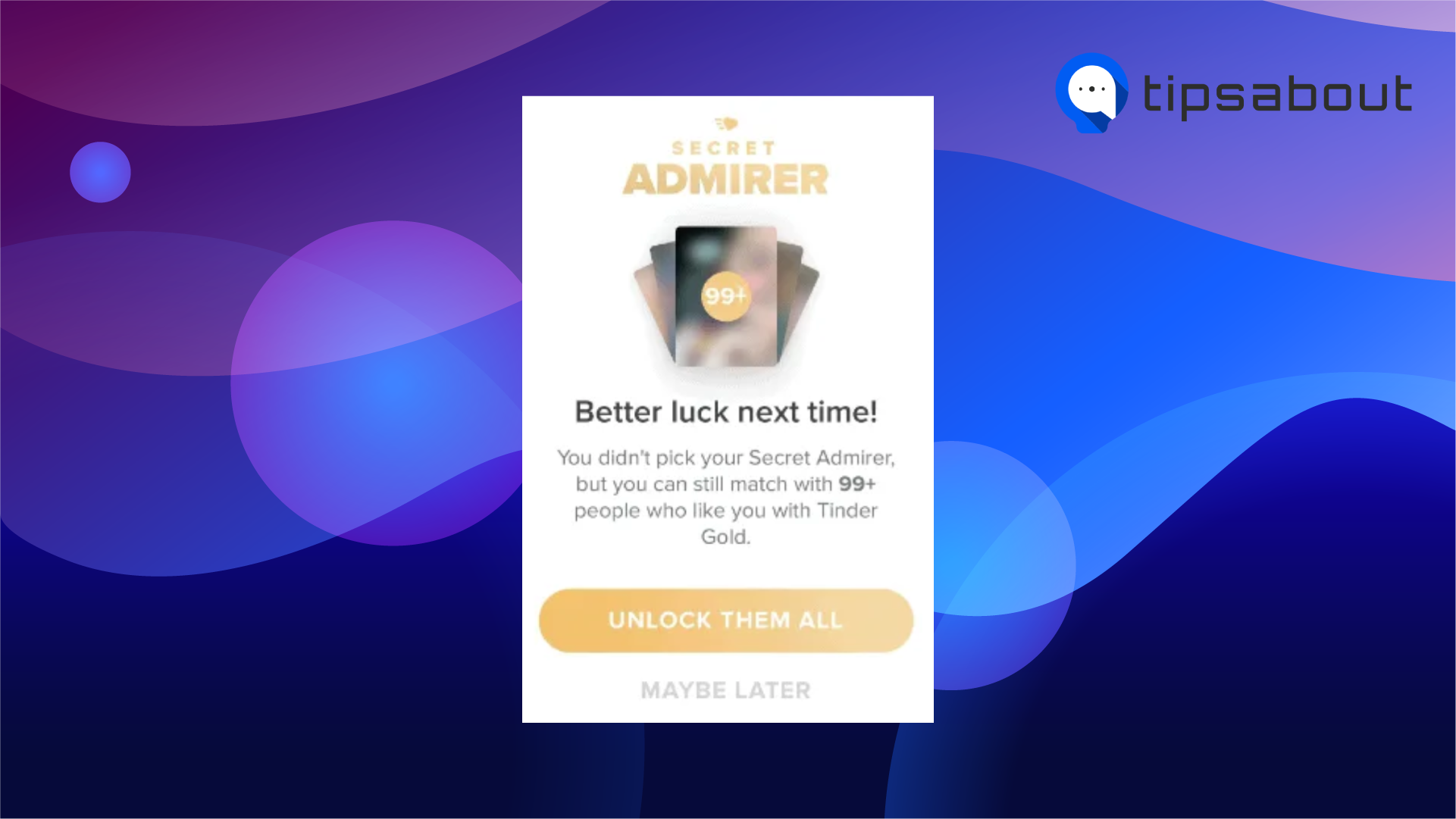 Anyways, for now, let’s just say that this ‘Secret Admirer’ feature on Tinder is more of a fun game to play (of course, with the goal to match) rather than doing matching wonders.

My thorough research on this topic tells me that I would love to try it at least once and have fun with it. But, if someone asks me whether I am convinced that it really works, that is still in question because I need to spend more time and experience more ‘Secret Admirer’ cards to be convinced.

Overall, you should not get disappointed but just have fun with it, and who knows, maybe you’ll guess it right the first time, and then it's a match.

You can also learn what is Swipe Note on Tinder, Swipe surge on Tinder, what is the best time to boost on Tinder, and what Top Picks are on Tinder. 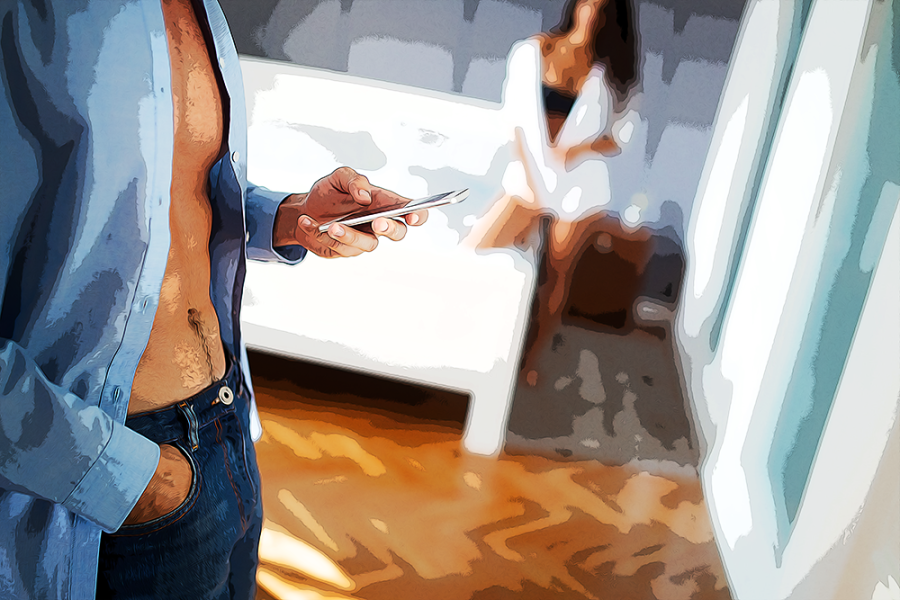