The blue dot on YouTube means that the channel you are subscribed to has released new content: a new video, a live stream, or a community post.

One of the greatest benefits of YouTube is that it allows you to subscribe to channels. If you’ve subscribed to several YouTube channels, you may have noticed a blue dot appear next to them in the left-side panel. 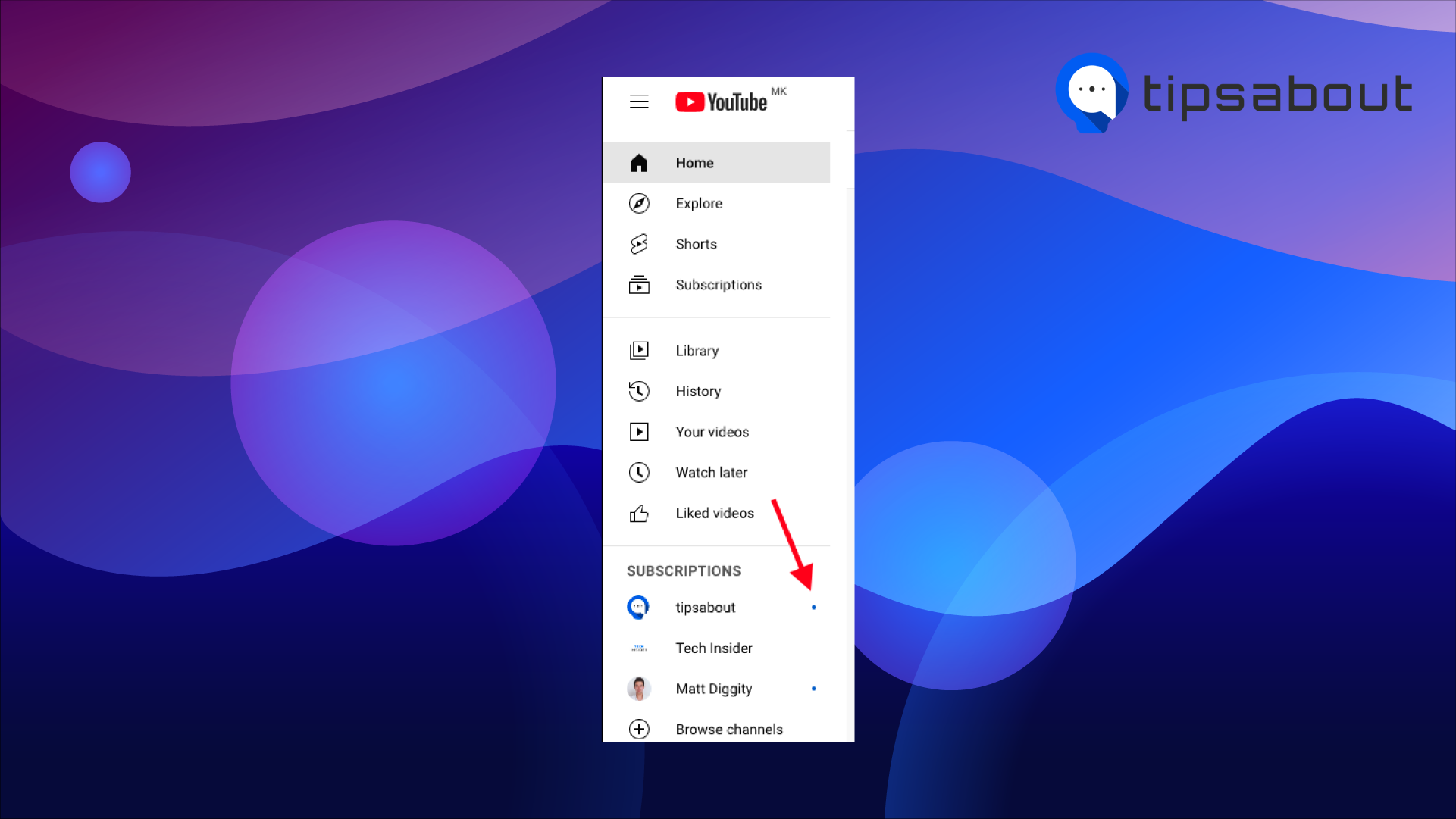 When you see a blue dot next to your subscribed channels, it means that the creator has posted new content on their channel. It can be a new video, a live stream, or a community post.

This way, YouTube notifies you when there are updates with your favorite channels, so you don’t miss any content.

Why am I seeing a blue dot when there’s no new content?

Sometimes you may see the blue dot next to a channel; you go to the channel in question excited that your favorite YouTuber has released a new video and you get disappointed that there’s nothing new after all.

In this case, you may be wondering why you see the blue dot when you’ve already seen the latest updates from the channel.

We’ve gathered the most frequent reasons why you might be seeing a blue dot even though there’s no new content. 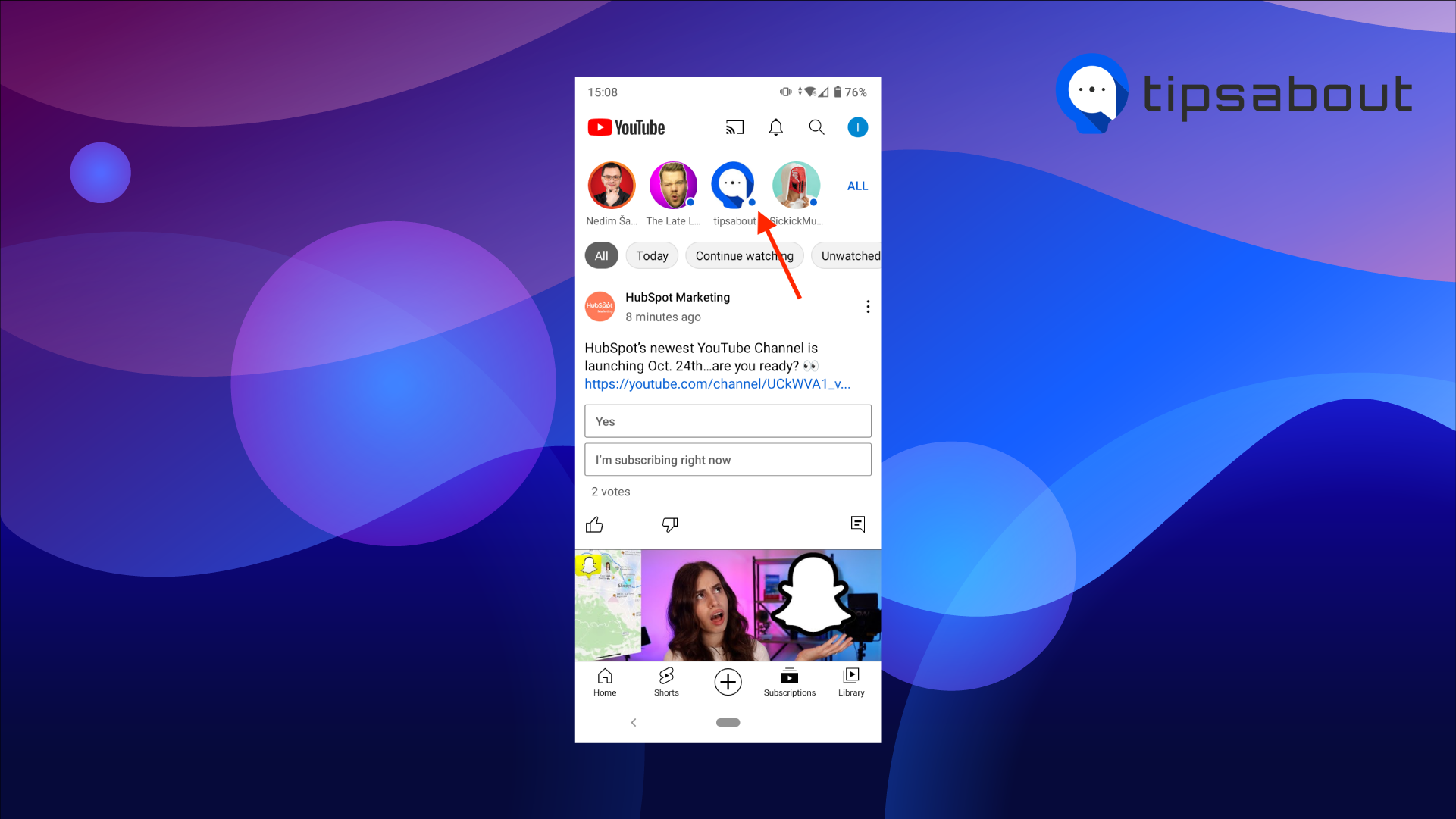 The most common reason why this happens is related to the reason how the mobile and the desktop YouTube version use the blue dot to notify.

The desktop YouTube version uses the blue dot to notify you about new videos, live streams, or community posts.

On the other hand, the mobile version uses the blue dot to notify you about new videos.

So the next time you see a blue dot next to a channel on a desktop, while you are confident you are all caught up with that creator’s content, check if they have started a new live stream or shared a post in the community tab.

Another case you may see the blue dot when there’s no content is when you have watched only a few seconds of a new video and then skipped it. This rarely happens, but YouTube may have a technical issue and doesn’t register that you’ve opened the video.

So it will show a blue dot like there’s new content in the channel, even when you’ve actually watched a bit of the video and skipped it.

To remove the blue dot, open the video and skip to the end. If this doesn't work, remove the video from your watch history.

Refresh your YouTube feed, and the blue dot should either disappear, or new videos should appear on the channel.

If you are using YouTube on a mobile or desktop browser, the stored cache may be causing the issue. Clear the cache from the browser to remove the temporary, stored data. This will allow you to reload your YouTube feed and get rid of any glitches that are making the blue dot appear.

How to get rid of the blue dot on YouTube

The blue dot on YouTube is simply a notification that appears when new content is available on a channel. So to get rid of it, you need to open that channel or mark it as read.

After this, the blue dot should disappear from the channels you are subscribed to.

Note: There is no way to remove all blue dots from all channels at the same time. You have to do the steps for each channel from which you want to remove the blue dot.

You can also use the same steps above to remove the blue dot on the desktop version to remove other channel activities notifications, not just new content notifications.

Apart from the blue dot, you might also see a red dot on YouTube next to some channels.

The red dot is related to controversial activities in a channel and means that the channel has been banned or disabled. The channel with a red dot is currently unavailable, but the reasons are not specified.

So, if you see a red dot next to a subscribed channel, it means that it is or will soon be unavailable.

Some sources state that channels that post more than once a week perform much better and get more recommended views. Having said that, they claim you should post three or more times a week if you want to grow your audience and views.

However, other experiment results show that the frequency of posting depends on the type of videos. A vlogger channel is easier to digest than an educational channel, so their publishing frequency will also differ.

The type of content is also related to how often your viewers visit your channel. A visitor is less likely to visit an educational channel every day, but they might visit an entertainment channel 4 times a week.

So, if you release a video each day, people may get bored with your content and start skipping videos.

The best recipe? A YouTuber experimented with different posting schedules: 7 videos a week, 3 videos a week, 1 video a week and 5 videos a day. He came to the conclusion that it’s not about how often you upload, but it’s all about the momentum.

But even more important than frequency is creating quality videos over quantity. YouTube will reward your next videos with more views if your previous videos were good. However, if you publish several bad-quality videos in a row, YouTube will punish you by recommending them less.

It may also happen that you see a blue dot next to a channel, but there is no new content. This may be due to the following:

On the other hand, the red dot on YouTube means that a channel has been banned or disabled due to controversial activities. 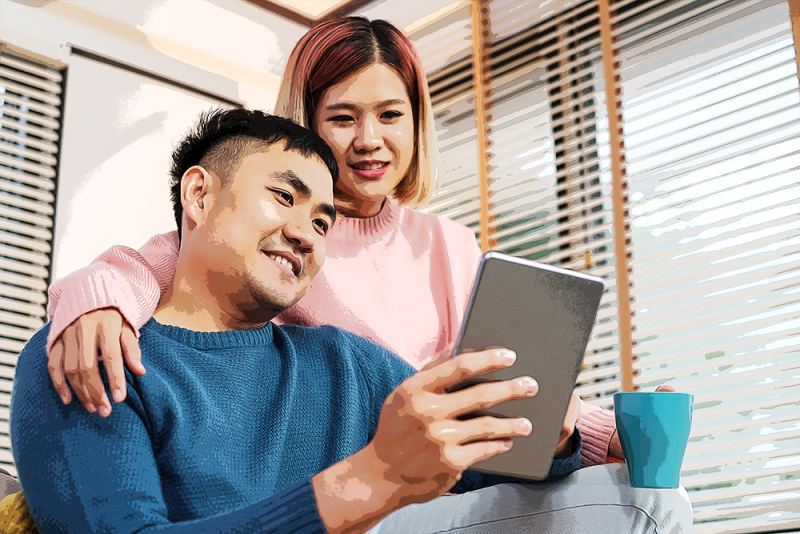