Does Discord Notify When You Leave a Group Chat?

For the new users, Discord may seem like an overwhelming platform due to the variety of features it offers.

As the platform has announcement channels, invitation links, and even secret sounds, it's natural for users to ask numerous questions about its usage.

Yet, Discord is not complicated at all. In fact, once you get the hang of it, you will be surprised at how user-friendly the messaging platform is.

Anyhow, one of the most commonly asked questions by Discord newbies is whether or not the platform sends notifications once they leave a group chat.

With the newest feature introduced by Discord, users can now leave group chats without notifying other users, which was a big concern up until now.

How to leave Discord group chat without notifying anyone.

What happens when you leave a Discord group chat?

Leaving a group chat on Discord means that you won’t be able to participate in the conversions.

Additionally, leaving a group chat will prevent you from joining the group calls. Also, you won’t get notifications on the messages that arrive in the chat.

Bonus: What happens when you leave a Discord server?

The short answer is that you will lose your role in the servers, and you won’t get notified about the new messages on the server.

In terms of notifications, members are not getting notified about other members leaving the group unless there is an installed bot in the server that will notify the users.

Most users find these notifications annoying, especially if they're part of larger servers where multiple users join and leave every day.

This is valuable feedback for anyone considering building their own community on Discord, to keep in mind that this feature is better to be turned off.

What are Discord bots?

Discord bots are third-party programs incorporated into Discord servers and can execute a full spectrum of tasks like deleting messages, telling jokes, and even messaging other members.

In addition, server owners can manage the notifications about leaving servers through these bots.

👉 Also read: How to Know If Someone Blocked You on Discord

When users first open the Discord app, it might look overwhelming, but they will find it easy and fun once they figure it out.

Multiple features are available, including welcome messages and notifications for leaving the groups, but only if the group owners have enabled them.

Check out the frequently asked questions below to learn more about this app.

No, the messages that you have sent will remain. Messages can be deleted if only users do it manually or if the server owners decide to do it.

Can you recover deleted Discord servers?

No, once a server is deleted, there is no way to bring it back. 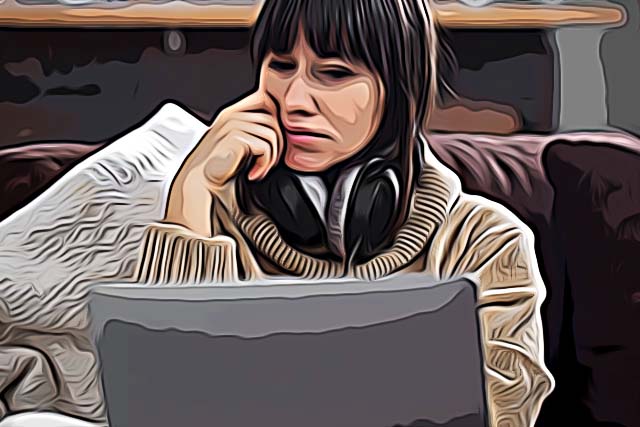