How to Send Audio File in Viber

Viber is one of the most popular messaging apps for secure communication.

Since its inception a decade ago, the app has been updated with multiple features that enable smooth and easy communication between users.

Alongside the options for sending images, sending location, and hiding and unhiding Viber messages, there is the option for sending voice messages or audio files.

The audio message option is one of the most popular features offered by the messaging app. According to their official statement back in 2018, hundreds of millions of audio files are sent each day. For that reason, the company updated the audio file length, and in 2018 users could send voice messages with a duration of one minute.

Fast forward to 2021, the company decided to increase the length of the voice messages, even more, so now users can send Viber audio files that last up to 15 minutes. 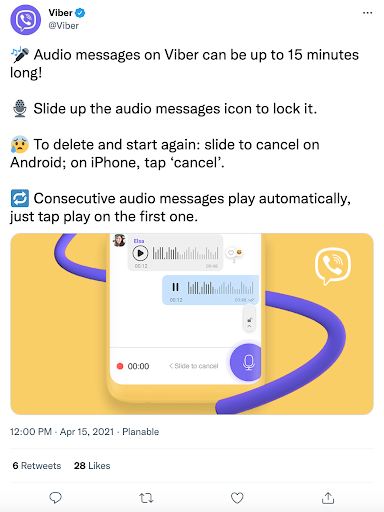 Sending voice messages is convenient for many users. Quite a few older users prefer sending voice files too since they don't require typing.

You should definitely give Viber voice messages a try if you have never done it before.

Just follow the steps below to learn how to do it.

How to send audio messages on Viber for iOS and Android

To forward audio messages on Viber just long-press the message and tap on ‘Forward’.

Long-press the Viber voice message to forward, delete or show in chat.

You cannot be read by anyone, not even the company, with end-to-end encryption provided by Viber. This means that all files in Viber are encrypted, including voice files.

To delete an audio file in Viber just long-press the audio file and tap delete.

The small padlock allows users to record a message without the need to hold the microphone icon. This feature may come in handy for users who want to send long voice messages. 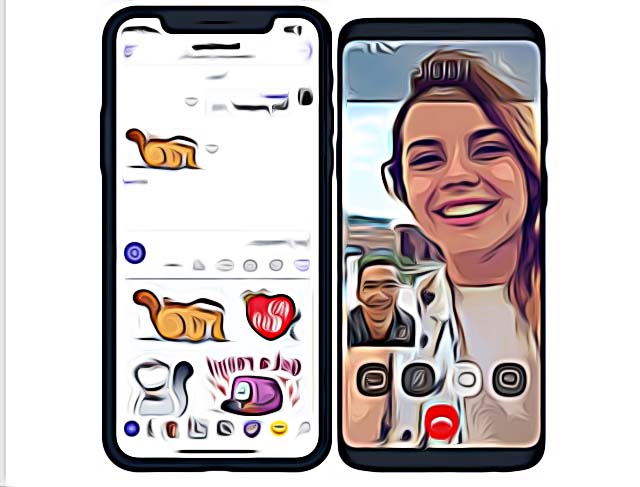