How to Fix: Snapchat Location Not Updating

The popular Snap Map has been around since 2017, and the ‘Last Seen’ feature that’s a part of the Snap Map is being widely used - a shocking number of 250 million monthly users.

The Snapchat Map feature is allowing Snapchat users to check where their Snap friends are located in real-time at any given moment - the location will automatically’.

However, since there are too many users using this feature, the app is bound to have some crashes and glitches every once in a while and stop working correctly, one of them being the location getting stuck and not updating.

Luckily, issues such as this are fixable, and usually are temporary problems that can be solved with a couple of easy clicks on your phone.

We found all possible solutions to this issue so you wouldn’t have to, therefore, keep reading to see our list of fixes below.

What does it mean when someone’s location isn’t updating?

Users have been reporting several variations of the same issue when using the Snapmap, such as the ‘last seen’ time not working properly, other Snapchatters not showing up on the map, the location getting stuck at a certain point, and not moving. Since all these options are mutually connected, experiencing an issue with one of them, consequently means you’d be struggling with all of them.

Bear in mind, however, that if you’re checking someone’s location, and your friends’ Bitmoji has been stuck for a while, this might be due to that Snapchatter having turned the location off altogether, which is why the real-time location on Snapchat is not updating for a while.

Another possible reason for the map not to update is the ‘Ghost Mode’ feature. When a Snapchat user activates this feature, his location service stops working, even if the user has been active on Snapchat.

If a user hasn’t been active on the platform, meaning they haven’t opened the app at all for hours or days at a time, Snapchat will not have their location updated on Snapmaps. This is due to obvious security reasons since Snapchat is not allowed to track anyone’s location when they’re not using their services, i.e. not opening the Snapchat app at all. The location on the map updates every time Snapchat is opened.

If the Snapchatter is on the road and constantly moving, this might cause his Internet connection not to be stable. Consequently, Snapchat will not be properly updating the Snapmap, and it might seem like it’s been stuck for a while. Connecting to a stable Internet connection, and not being on the move constantly will solve this issue.

As we mentioned, the most probable cause is the Snapchatter having the location feature turned off, and hence the application map getting stuck, or they’ve activated ‘Ghost Mode’. If either of these two is the reason why the Snapmap is stuck, there’s nothing you can do to see their real-time location.

However, there are times when the user hasn’t turned their location off, nor activated ‘Ghost Mode’, but the service is not working anyway.

Why is Snap not updating location?

If you’re still struggling with the issue of the map not updating, try the fixes listed below.

Since Snapchat is one of the leading social media services, it’s no wonder they release updates on their app so often. If your app hasn’t been updated in a while, running on an older version might cause issues such as this one. Try updating the app to the newest version, and check if Snapchat starts working properly.

All updates are immediately released both on the Google Play Store for Android users, and the App Store for iOS users.

Force stopping and relaunching an app will help your phone start working properly since it will restart all Snapchat features with a clean slate. This will refresh the info on the app - your location and your friends’ locations.

To do this, go to your phone ‘Settings’, click on ‘Apps’, and find ‘Snapchat’. Click on it, find the ‘Force Stop’ button, and click on it.

You can wait a couple of minutes, and relaunch Snapchat again. This method should make your Snapmap function again.

Since iOS users don't have a 'Force Stop' feature, close the app from the 'Recently Opened' section.

If none of the above-mentioned solutions seem to be fixing the issue for you, you should consider reporting the issue to Snapchat’s Help Center. You should get guidelines about how to proceed with the problem in about a day or two, but make sure to explain in detail the issue you’re experiencing, in order to make the process of solving the issue as short as possible.

If you’re trying to see someone on Snapmap, and you’ve checked their locations several times, and it hasn’t changed, consider contacting them and asking them to share their location.

If you liked this article, check out: How to Leave Group Story on Snapchat 2022. 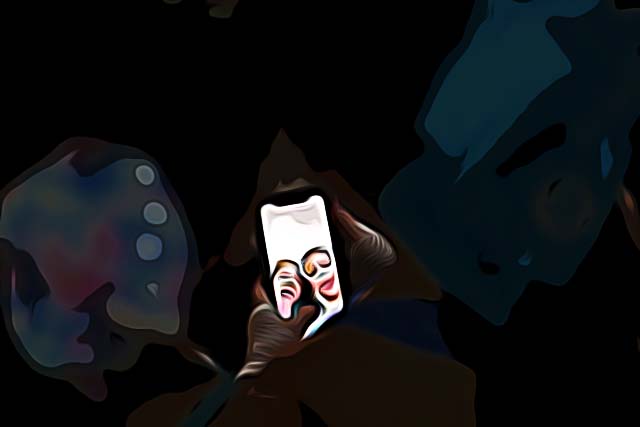