How to Make a “Memoji” on Android

For those who are new to the Memoji world, they are signature emojis on iPhone and were introduced with the launch of iPhone X and are now available with iOS 13 or later, as well as on all iPads.

Since they originally come from the iOS software, Android users have to learn a few tricks and utilize some of the third-party apps to get these images on their Android devices.

That is where this blog post comes in, to inform all of you that want to learn what apps for Android are suitable for making Memojis.

Stay tuned if you want to learn the steps on how to make Memojis on Android.

Basically, a Memoji is a customized Animoji so it can be a mini-comic version of you in terms of your skin and hair color, eyes, mouth, glasses, shape, etc.
Can I get a Memoji on my Android device?

Unfortunately, the Memoji expressions are exclusive to Apple and are not available directly on Android devices. However, you can ask a friend who uses an iPhone/iPad to lend it to you so that you create your own, customized Memoji.

Once it is created on the iOS device, you can then send it to your Android as a message and save it.

How to make Memoji on Android

Of course, you can send them as well in a very simple way by using the default Android keyboard. So, grab your Android phone and follow our steps that will lead you to make your own Memoji.

Quick Tip: You can also navigate between the popular moods and scenarios such as (Good morning, hello, Popular, etc.)

There is also another app out there that allows Android users to make Memojis. Let's take a look at what that is.

You can also count yourself luckyifyou are a Samsung device user. In fact, this may be the best Memoji alternative when it comes to Android smartphones. he key thing here is located in the AR-Zone app and that is already pre-installed on your Samsung.

So, check out these couple of steps that will lead you to make your Memojies.

But, there are also other Memoji apps out there. Some apps enable Android users to make fun emojis and one of those is definitely Snapchat. Then, there are also apps like Supermoji, Zepetto, Face Cam, MSQRD and Boo.

Discover how to create your own avatar on Facebook. 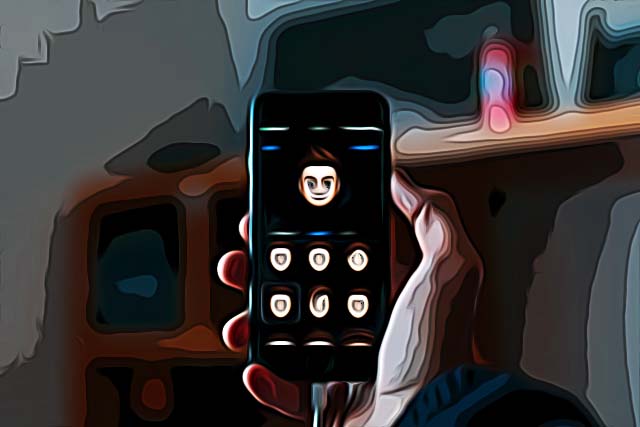