How to Fix: Discord Failed to Send Message

Discord is among the best instant messaging platforms on the market currently, and it’s being used widely by gamers especially.

Since the platform’s main point is messaging, being unable to send messages due to errors and bugs can get annoying.

Reportedly, plenty of Discord users have experienced issues while on Discord, one of them being ‘Failed to send message’.

As frustrating as it may seem, errors on Discord are mostly solvable with a few clicks, especially the issues with calls or the messages not loading at all.

Whichever error you might be experiencing, the chances are the issue is actually on Discord’s end, not yours.

Luckily, there are things you can do to solve the problem of messages not being sent, and we’ll show you how.

Keep reading to see our detailed guide on fixing the ‘Failed to send message’ error on Discord.

How do I fix Discord messages not going through?

Additionally, in instances such as this one, when messages are not going through, you might receive an automated message from Discord’s bot, informing you there’s been an issue.

At times, the main issue lies in the server, but once the connection gets back, messages might get sent twice.

However, there are multiple possible solutions to this problem:

Restarting or Updating the Discord app

As simple as it might sound, this fix tends to solve issues more often than you’d think. Not having updated the app to a newer version can cause a lot of bugs - messages not sending as well.

Additionally, restarting the app, and logging in all over again, will get you reconnected to the server, which might fix the issue. The best way to restart the app is by force closing it. If you’re using your phone, do it from Settings > Apps > Discord > Force Quit.

If you’re using your computer, force quit the app from the taskbar.

Restarting the device you’re using at the moment

Turning a device off and on again actually helps reboot everything in it, giving it a clean slate. Hence, you should try this method on whichever device is causing issues with Discord at the moment.

If you’re using your phone, hold down on the power button until you see the ‘Restart’ feature, or do it from the taskbar on your computer.

Even though the chances that the issue lies in Discord’s servers are high, you’d still want to double-check if there’s anything wrong with your internet connection at the moment.

There are tons of web pages that can help you test your Internet connection speed at any given moment.

Besides checking this on a webpage, you can also download apps on your phone, if you’re using the Discord app from a mobile device.

The upload and download speeds should be at least 5Mbps.

Switching to a different network might solve the issue, and users have reported so.

Also, if you’re using Discord from your computer, set up a mobile hotspot network on your phone, and connect your computer to it.

If you’re not seeing any issues whatsoever with your Internet connection, or your devices, there’s a high possibility the issue lies in Discord’s server.

Since there are so many servers under Discord, they have a website that allows you to check the server status at any given moment. Open this webpage, and follow the instructions.

Having your VPN activated might be interfering with your Internet connection, thus creating issues such as messages failing to send. This often happens if the IP address you’re connecting to is blacklisted by Discord, hence the messages not sent.

Try disconnecting your VPN connection, and restarting Discord to make sure everything is working properly.

If none of the above-mentioned solutions have fixed your problem, you should try connecting to a VPN, mainly because the same issue might be happening to you too - your IP address might have gotten blacklisted, hence you’re not having full access to the app.

If your IP address was blacklisted temporarily, those bans usually last about 2-4 hours, so you’d only need the VPN for that amount of time.

Try changing the server’s location since Discord automatically chooses which location will be assigned to which server. You need to be an admin or moderator in order to switch the server location. Follow the steps on Discord’s support blog. 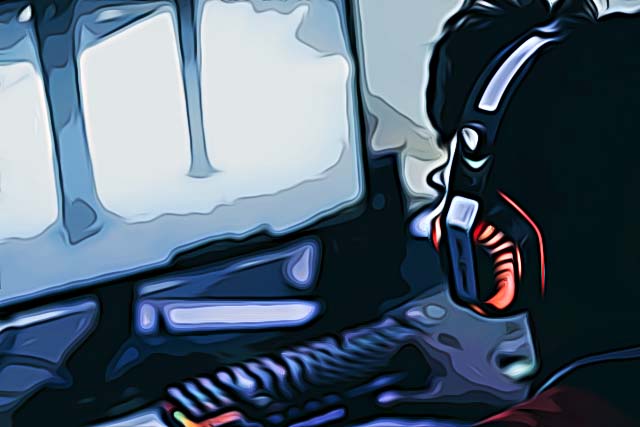