Tech giants are always on the lookout for new, innovative offerings that will get users coming back for more, and attract new audiences. This time, Netflix is introducing a new feature in their roster for the youngest population.

In early November, Netflix Inc. announced they launched their “Kids Clip” feature - Tik-Tok-like short clips aimed at attracting the youngest viewers on its platform. The short clips aimed at kids were announced to appear only on Netflix’s iOS app. The new content feature will showcase short videos from the streaming platform’s existing library of children’s programs and movies.

Netflix plans to add new clips daily to boost its current and future offerings. The video-streaming giant reported that the Kids Clips is still being tested. It will resemble Netflix’s earlier Fast Laughs feature for adults that spotlights comedy clips.

The Fast Laughs feature has a more TikTok and Instagram Reels-like format where you swipe to watch videos vertically. In contrast, the videos in Kids Clips will be watched horizontally in a full-screen window.

Kids will only be able to watch 10 to 20 clips at a time with the short clips feature. The clips will play automatically, but parents will be able to turn off this feature in settings. Additionally, if the kid’s profile is set to specific maturity settings, the Kids Clips feature will be adapted to those settings, reports Netflix.

The move for rolling out the Kids Clips feature is an attempt to reach the kind of viewers who would normally watch TikTok or short clips on YouTube. A Netflix representative stated they hope the new clips feature will help kids rewatch their favorite moments and discover new content.

Netflix’s short clip feature was rolled out in the second week of November in the U.S. and Spanish-speaking countries in Latin America, as well as other English-speaking markets such as Canada, Australia and Ireland.

The Kids Clips feature was discovered by the iOS developer Steve Moser, who found references to the short clips feature in the Netflix iOS app, and was first reported by Bloomberg. The app’s code describes that the feature allows younger users to watch “funny, silly, and musical short-form clips from TV shows & movies, reported TechCrunch.

Although the feature’s purpose was to help viewers discover new titles in its catalog, another reason might be that video apps are getting more attention and time from users on mobile devices. Only last year, a report finds that kids between ages 4 to 15 used TikTok nearly as much as Youtube in the U.S., for about 80 minutes per day compared to Youtube’s 85 minutes.

And this is not the first time Netflix has inspired its new features from social media. For example, several years ago, Netflix introduced its own “Stories” feature called Previews, which presented users to new shows and movies.

As we’ve seen previously, the Kids Clips feature was preceded by their Fast Laughs. This feature, which was rolled out earlier this year, was also Tik-Tok-like, presenting funny and short videos. Fast Laughs allows users to watch vertically and swipe videos sourced from Netflix’s vast catalog, a familiar Tik-Tok feature for video viewers. In addition to this, Netflix has started rolling out the Play Something feature for mobile, which shuffles shows and movies for users who don’t know what to watch, based on their movie experiences.

With all these new features rolling out, we are excited to see what will be the next big thing from the video-streaming giant. 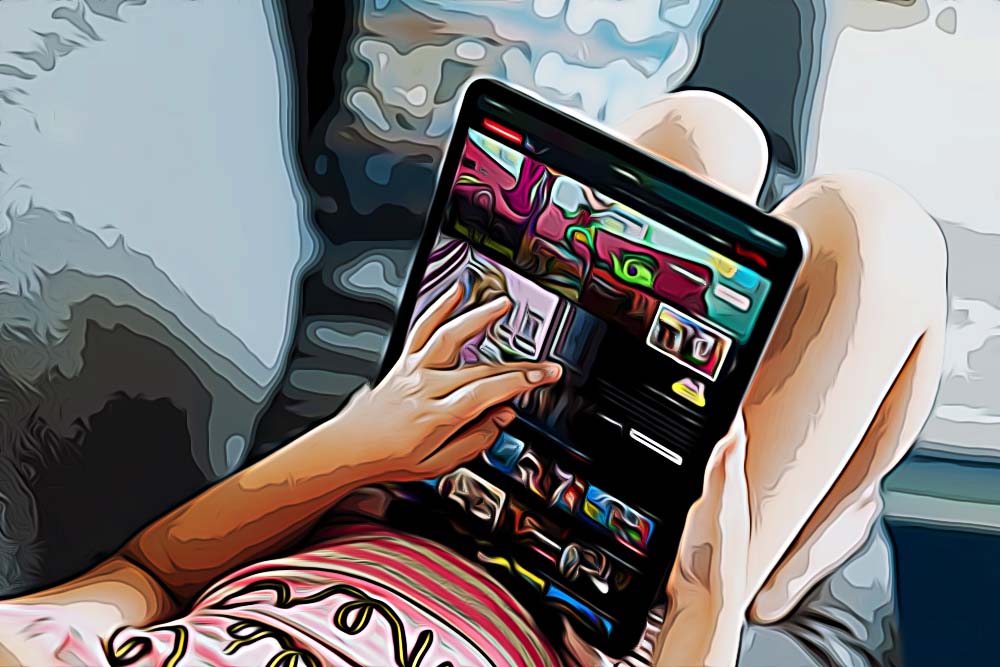