How to Fix: My Samsung Watch Won't Turn On

If you’re having trouble with your Galaxy Watch, don’t worry, you’re not alone. Many reports have been placed about the same issue - ‘My Galaxy Watch won’t turn on’.

The Samsung Galaxy Watch is currently fighting for its first spot at the top of the world’s best smartwatches, head to head with the Apple Watch.

Like all other Samsung products, their Watch is high-quality, and its OS works wonders, which is to be expected considering they are quite pricey.

So, we understand the immediate panic you might feel when the Galaxy Watch won’t turn on all of a sudden. But there are several fixing methods you can try, which might help get the smartwatch up and running again.

Since the Galaxy Watches have quite solid batteries, it doesn’t necessarily mean there might be something wrong with it.

Let’s get into troubleshooting and fixing.

How do I check if my Samsung Watch is broken?

Due to how the Samsung Galaxy Watch works, you can check if the watch is broken if you try a force restart.

If the screen is black, but you try to perform a forced restart on the smartwatch, you can determine whether the watch is broken or not. Regardless if the screen is not turning on, the watch will either vibrate, or you’ll hear a sound.

If the watch is still not turning on, try putting the smartwatch on a charger for a while, and repeat the steps mentioned above.

Note: Go through this process several times to try and turn the Samsung Watch screen back on.

Method 1: Switch the charger to a different power outlet

If the issue is not with the charger, or the Samsung Watch, try moving the charger to a different power outlet to make sure that’s not the issue.

If not, move to the next fixing method.

Method 2: Cleaning the charging port and the charger

If dust and dirt have accumulated in the charging port of the Samsung Watch, the device might stop charging altogether. Try cleaning both the charger receiver and the connector. Use a cotton swab, and try blowing air into them. If you notice a lot of dust, you can try using a toothpick to remove it, but do it gently, under a strong light.

Method 3: Check the charger cable and the adapter

Even the slightest breakage on the charger cable may cause problems when charging the Galaxy Watch. Check the cable for any noticeable breakage. Try switching both the cable and the adapter to different ones, to make sure nothing is wrong with them.

Method 4: Put the Watch on the Dock cradle

Several Galaxy users that had the same issue recommend leaving the Watch on the docking cradle for an hour or two, without charging it. The Galaxy Watch should turn on automatically. If it doesn’t let it charge for some time after, try turning it on again later.

Method 5: Charge the Galaxy Watch from a laptop

Reportedly, charging the Galaxy Watch from a laptop helped some users to get the smartwatch to work again. Put the watch to charge on your laptop, but make sure to use the original charging cable.

Each Galaxy Watch model has physical buttons, which are helpful in instances such as this one.

Note: You can also try to press and hold the power button while the smartwatch is charging.

This should be your last resort. If none of the methods above helped to get rid of the issue, and finally see the Watch face, follow these steps to perform a factory reset:

If you’re sure the Galaxy Watch is not completely discharged, and even the wireless charger isn’t working, consider bringing your watch to a Samsung store, or contact Samsung beforehand for further instructions. 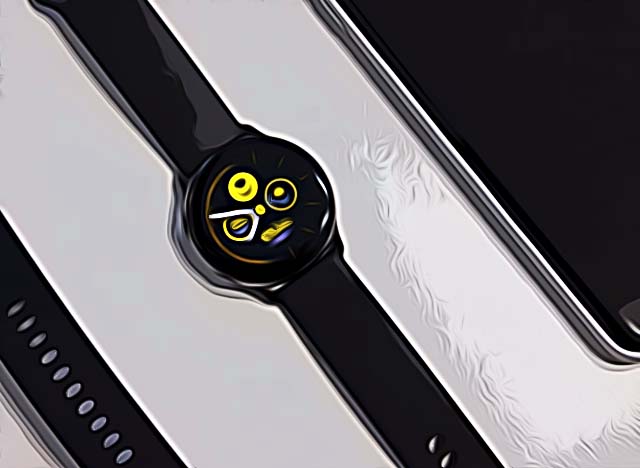