How to Fix: My Bitmoji is Not Working

Back in 2016, Snapchat introduced Bitmoji - an animated version that Snapchatters can create of themselves, and use to add it to their stories or use them as stickers when sending snaps.

The Bitmoji feature has been around for a while now, and it’s being widely used by nearly all Snapchatters. Unfortunately, some users seem to be experiencing issues with their Bitmojis.

Reportedly, the feature seems to have stopped working on their apps, and if you’re one of them, you’re probably wondering how do I fix the problem?

Don’t worry; there are things you can do to fix it. In this article, we’ll give you several methods to help you to get your Bitmoji working again.

Hence, dive right into the article below to learn what you need to do to fix it!

Why is my Bitmoji not working?

Most often, the reason why your Bitmoji is not working on your Snapchat is due to using an outdated version. However, in instances when this is not the case, it might be due to an issue on Snapchat’s end, or some issues with the device you’re using.

Whichever the case might be, we’ll guide you through several possible fixing methods.

How do I fix my Bitmoji?

It often happens for issues to occur when there’s even a minor problem with Snapchat’s servers. To make sure the issue is not on your end, you can check the status of Snapchat’s servers on one of the dozens of websites that contain such information. You can try Downdetector.

If the Bitmoji stopped working out of nowhere, consider unlinking your Bitmoji and your Snapchat accounts, and linking them again.

This will establish a connection all over again and might help resolve the issue.

If either the Bitmoji app or the Snapchat app is outdated, you might experience issues such as this. Both apps need to be updated, otherwise, the incompatibility might cause crashes.

Open the App Store, and from the list of apps, find Snapchat and Bitmoji, and make sure to download and install the updates.

After updating Bitmoji and Snapchat, check if the new version of the Bitmoji is functioning properly.

Either of the apps might have gotten a faulty update at one point, where a bug might be causing the app to crash and stop working. Uninstalling and reinstalling both apps (since it’s quite difficult to determine which of both apps is causing the issue) would help to get the app to work again.

Regardless if you’re using an Android or an iPhone, you can uninstall the app if you press and hold, followed by clicking ‘Delete/Uninstall App’. You can download the app again on both the App Store and the Google Play Store.

Bonus read: What's on Snapchat+ and how to get it

After you’ve updated your Bitmoji, you can use the Bitmoji keyboard. After doing so, you’ll be able to use the personalized emojis across much more apps besides Snapchat.

After finishing these steps, open your keyboard to make sure the Bitmoji keyboard works on your iPhone.

The methods mentioned above were the ones that were most common among the solutions for all Snapchatters experiencing the same issue.

If you enjoyed this article, check out How to Fix: Snapchat Deleted My Account. 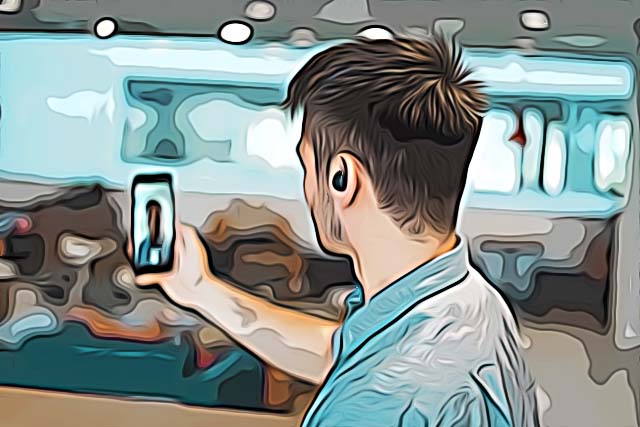