How to Screenshot on Samsung A12

Taking screenshots is one of the essential functionalities for today’s smartphones and tablets.

Screenshots are a great way to capture important information that appears on the screen at that precise moment or share a funny video frame or image with your friends.

Alternatively, there are apps you can use to perform this function. Fortunately, the screenshot-taking feature is included in the Android operating system and you don’t need to install any third-party apps.

Continue reading to see the steps on how to take a screenshot on Samsung A12.

How to screenshot on Samsung A12

Most Samsung phones have the same or similar methods for taking screenshots. There are three methods with which you can take a screenshot on your Samsung Galaxy device.

The first method includes pressing the hardware keys on the side of the device, while the other two methods rely on the phone's software which makes taking Samsung Galaxy A12 screenshots a lot easier.

We’ll go over the three methods below.

The first method to take a screenshot on your Galaxy A12 is the most popular and traditional way - you use the keys located on the side of the phone.

If you have issues with the hardware buttons on your Samsung Galaxy A12 or they are broken, you can use the second method with the ‘Palm Swipe to Capture’ feature. This method relies on Samsung’s software without pressing any hardware buttons.

To turn on the ‘Palm Swipe to Capture’ feature, go to Settings -> Advanced Features -> Motions and Gestures. Here, you should see the option ‘Palm swipe to capture’, which is disabled by default. Tap on it to enable it.

Now, when you want to take a screenshot, just swipe your hand across the screen. Your phone will vibrate, indicating that the screenshot has been taken. 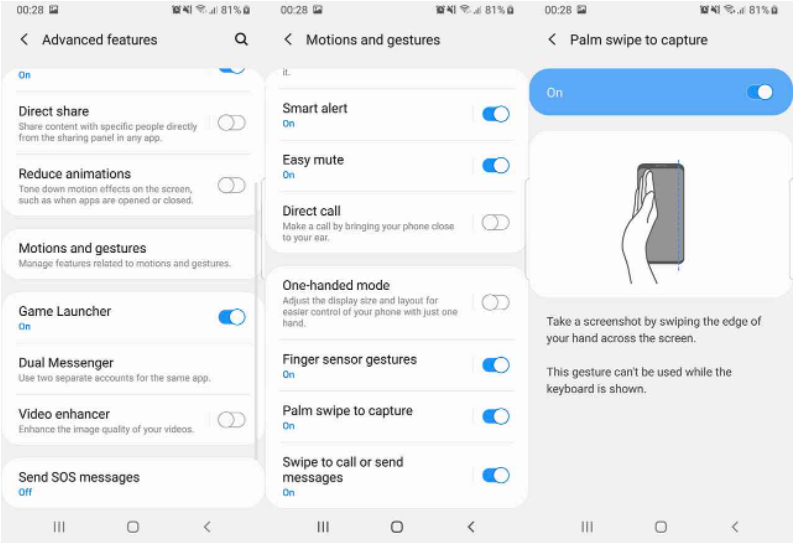 ✔ If you have an iPhone instead, explore how to take long screenshots on iPhone.

The third method with which you can take a screenshot on your Samsung Galaxy A12 is with the Assistant Menu. 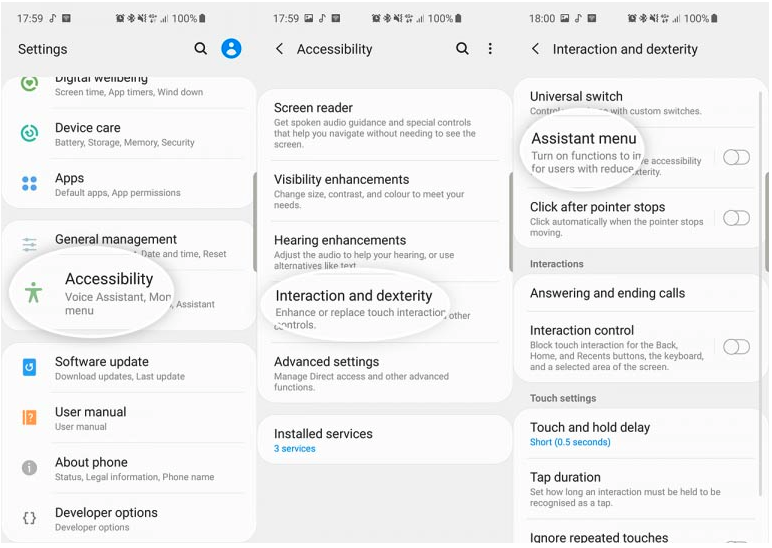 After you enable the Assistant Menu, a small circle will appear on your screen. To take a screenshot:

The screenshots you take with any of the methods will be saved to your phone gallery app. You can edit the screenshots and share them through any channel.

Samsung Galaxy A12 features three different ways of capturing screenshots, even if your hardware buttons are not working for some reason. Feel free to choose which method works best for you. 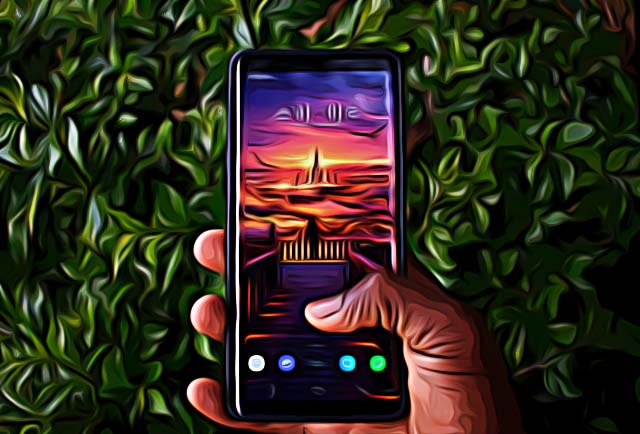