How to Fix: Switch not Connecting to TV

The Nintendo Switch device was originally created as a handheld gadget, and users loved the entire concept.

However, being able to connect the device to your TV and play your favorite game with friends and family on a big screen is surely a big plus.

Luckily, the Switch gadget has a port that allows you to connect it to a TV using an HDMI cable connection.

As of lately, several user reports were placed regarding the Nintendo Switch not connecting to their TV properly.

Hence, if you’re one of the unlucky Nintendo Switch users that seem to be experiencing issues with the Switch gadget, we have some good news.

In this article, we’ll go into details about what may be causing your gadget to not connect to your TV, as well as how to fix it, and ultimately get back to playing your favorite game.

Why won’t my Switch connect to the TV?

There are several possible reasons why you’re having trouble connecting the Nintendo Switch to the TV. Consequently, several different methods are needed to get rid of the problem, and get back to using your gadget while connected to the TV.

Below, we will list some of the most common things that may cause an issue such as this one:

These reasons were the most common ones among Switch users who experienced the same issue. Below, we’ll get into details on how to fix each of them.

How do I fix Switch not connecting to the TV?

As we mentioned above, TVs have up to four different HDMI ports. Since the Nintendo Switch needs an HDMI connection in order to work on the big screen, you need to make sure the TV input is on the same HDMI connection as the input/connection where you plugged the cable.

Changing the TV resolution to a lower one might help, since this makes the Switch display normally visible on the TV - only if the correct output is connected.

The TV resolution option can be found in the Menu Settings of your TV.

According to user reports, changing the order of the plugged-in cables seemed to resolve the issue of the Nintendo Switch not connecting to their TV.

Try switching the cables in a different order to see if this method fixes the issue for you as well.

Cables rarely last for years. If you had to get different cables, and they’re not directly from Nintendo, this may be the reason you’re having issues.

For a lot of people these cables function perfectly, with no issues whatsoever, but for some, major glitches happen, such as the Nintendo Switch not connecting to the TV.

The optimal solution to this problem is to double-check the Nintendo cables, as well as the HDMI one.

Even the slightest issue with the cables can cause issues such as no connection at all.

All devices need a restart every once in a while. This will reboot the system, and establish a connection to every app in the system.

Try resetting the console, give it a couple of minutes to establish a stable connection, and check if everything works properly in handheld mode. After, try connecting your gadget to the TV once again.

The methods listed above are some of the most common ones, according to user reports. If you keep on struggling to connect and fix your Nintendo Switch to your TV, consider contacting Nintendo’s technical support team. 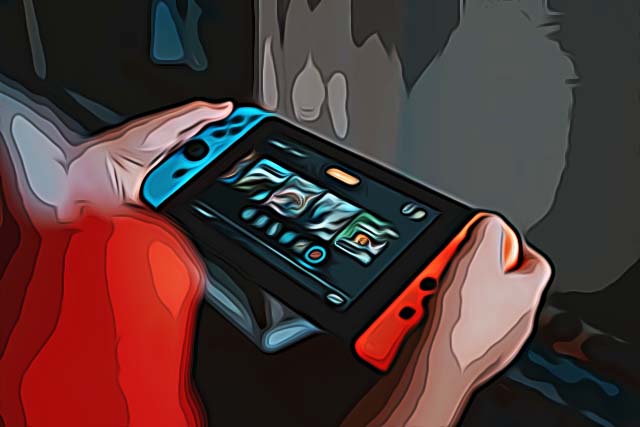