The gaming world is usually notorious due to the broad choice of action games, and unfortunately, it’s connected to the belief that gaming promotes violence among younger audiences.

However, contrary to popular beliefs, all major gaming platforms, Xbox being one of them, has an extensive variety of games for children, many of them interactive, which are proven to help children develop their logical thinking capabilities.

There are plenty of games to choose from that are nothing like ‘GTA’ or ‘Mortal Kombat’.

Luckily, if you’re trying to find games for your kids to play, you don’t need to worry about how bored you’ll feel.

There are many kids games - multiplayer ones, which although they’re labeled as kids’ games, are fun for adults too.

We did some research through the Xbox Microsoft Store and found the games that are the best fit for children and younger audiences.

Just Dance is a game that is fun for the whole family - regardless of age. The most important update Just Dance has created is that the children’s songs are now separated from all other songs in a different category, so you can choose the age-appropriate ones easily.

The concept of the game is simple and fun - find the song that you like, and press play.

The players need to follow the dance moves of the characters on screen, and your dancing will be graded based on your movement. A little competition is always a plus, right?

The world’s most popular hedgehog is now a 3D game, tailored for younger audiences, but don’t be fooled, even adults enjoy the game. Your kids can play it as single players and race through colorful setups, or you can join them and play the game as multiplayer. The game is also available in 4K HD, and the color schemes of the game will leave you in awe!

Yes, we know. The first edition of the game was not exciting and wasn’t really one of those games to keep you interested. Luckily, the Beach Buggy Racing 2 is everything you need, and it’s been improved drastically.

The most amazing update - up to eight players can play in multiplayer mode!

There are several carting games available on Xbox currently, and even though it’s not Mario Kart, you’ll need to trust us on this one, and try racing with the whole family, having fun is guaranteed!

Ori is a series of games, and the Will of the Wisps is on a whole different level. The colors in the game are hypnotizing, and the quests you need to finish or the puzzles you need to solve will surely get you and your kids addicted to the game.

The game is rated ‘E’ (suitable for everyone), however, it might not be suitable for extremely young children, since it might come across as difficult to understand.

However, if your children are not too young, or have already played Minecraft - this game might be just what you’re looking for.

Yes, the Smurfs, we got nostalgic as well. The Mission Vileaf series is rated 3+, which makes it suitable for kids, and the concept is not too complicated and it’s easy to understand.

Once you start playing, you’ll need to do tasks such as vacuuming certain areas, which makes the places shiny, clean, and renewed.

The game is much like Super Mario Sunshine and Luigi’s Mansion, but it’s really fun, especially for extremely younger audiences who might struggle with following the rules and guidelines of some more difficult games.

If your kids are constantly asking for Cartoon Network - this is the game for them. The player will be battling enemies, solving puzzles and issues, all while being their favorite character in the world of animated movies - Ben 10. The storyline begins with an evil magician casting a curse on Ben and his family, and it’s completely up to the player to solve this problem.

The game is available right now, and the price is fair as well, so give it a shot.

If your kids are a part of the ‘hyperactive’ group, and you’re always on the edge of your seat watching out for them to not draw on the walls - we found the game for them.

Catlateral Damage is a game involving cats. Your main goal is toppling objects, you will be placed in a room, living room, bedroom, and you’ll need to topple as many objects as you can in a certain amount of time.

So, instead of repainting the walls every 6 months, give your kids the chance to do what kids do - virtually.

Gang Beasts is amazing for younger kids because this is a racing game at extreme heights (don’t worry, the game ends in a harmless way).

Kids love this game because up to 8 players can join, and they’ll need to get into slapstick battles.

If your kids are already asking to play ‘Assassins Creed’ but are too young, this might be the perfect thing to buy them as compensation.

Steven Universe is a role-playing game, but it’s recommended for children above the age of 7 to play it, since there are a lot of instructions that need to be read, so it might confuse younger audiences.

Unleash the Light is a part of a series, but no previous knowledge is necessary in order to play this part, without any issues.

It might be labeled as a kids game, but don’t be fooled, it really helps adults as well, to take your mind off of things especially!

Rush can be played as a single-player, or multiplayer, with up to four players together.

You can choose from a variety of Disney and Pixar characters, such as ‘The Incredibles’, ‘Cars (Lightning McQueen)’, ‘Toy Story’, ‘Nemo’ and plenty of others.

The concept of the game is solving puzzles, and having adventures, and even though it’s labeled as 10+, it’s suitable for children from the age of 7 or 8 as well.

The concept of the game is well explained in the title itself. However, as simple as it might sound, it’s actually really fun!

The game was initially created for a parent and a child to play together, everything in the game is made out of cardboard, and you need to pile up boxes on top of each other.

Since the game is meant to be played by two players, in case one gets stuck, the other can help them unstuck and vice versa.

This game is ideal for younger audiences who will need the assistance of a parent while playing.

De Blob 2 has a fun concept, and it’s truly suitable for younger audiences.

The concept of the game is that a villain has removed all colors from the world - and it’s up to you to bring back colors everywhere and save the world.

It can be considered as a painting game, as well as a solving one and it’s a fun game for kids of all ages.

The game can be played by two players as well, in a split-screen mode, meaning you can color the world together and cooperate.

The game has been updated and is currently available in the Xbox One games center.

The concept is quite simple, too. You’re playing as a monkey, rolling in a plastic ball, and your target is collecting as many bananas as you possibly can. However, the game has obstacles you need to avoid and pass, which makes the game even more exciting.

The game has over 300 levels, and up to four people can play simultaneously, so it might be fun for the whole family to fight over who’s the best!

Bonus: Explore how to connect AirPods to Xbox and enjoy chatting with your friends during a gaming session.

How to Fix: "We Limit How Often You Can Do Certain Things on Instagram" 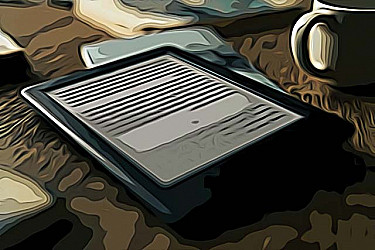 How to Buy Books on Kindle App

And receive our weekly updates.